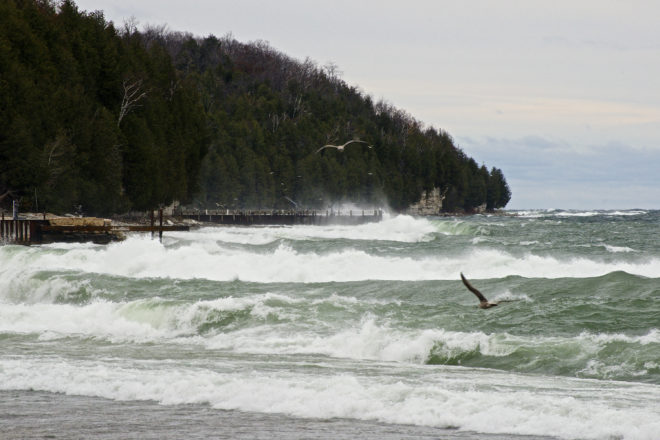 “But who wants to be foretold the weather? It is bad enough when it comes, without our having the misery of knowing about it beforehand.” – Jerome K. Jerome, Three Men in a Boat

How much trust can you place in a weather publication whose long-range forecasts were developed two years ago by a collection of weather forecasters calling themselves Caleb Weatherbee? If you ask the editors of the nearly 200-year-old Farmers’ Almanac, they would say quite a bit.

These longtime purveyors of North American long-range weather predictions have been in the business of forecasting seasons since the year Illinois was established as a state and Mary Todd Lincoln was born (1818). While longevity has no bearing on accuracy, if it didn’t have an audience, the Farmers’ Almanac would have died with the passenger pigeon.

Instead, they have enjoyed the status as North America’s “most timeless, trusted and treasured source” for not only long-range weather predictions (which are made using a top-secret mathematical and astronomical formula that takes into account sunspot activity, tidal action, the position of the planet, and other factors) but also their fun facts and advice on gardening, cooking, fishing and more.

Longtime fans of the publication who follow along with its daily forecasts claim that Caleb Weatherbee (a pseudonym used for all of the Farmers’ Almanac’s weather forecasters, past and present) is accurate between 80 and 85 percent of the time. Curious about this figure, I decided to join this legion of fans by tracking the accuracy of its winter 2016-17 forecast, which I pulled up on a cold and snowy December afternoon.

Their forecast? A “numbingly cold and snowy” winter for the Midwest, to which any Midwesterner can now gratefully balk at. In fact, just days after the Farmers’ Almanac’s mid-February prediction of “bitter cold with snow showers and flurries,” Wisconsin weather set a record with the highest temperature ever recorded on Feb. 22, when the mercury hit 65 degrees in Northeast Wisconsin. According to the National Weather Service forecast office out of Green Bay, this winter has tied as the fifth warmest on record (with a mean temperature of 25.8 degree) and the 11th wettest (with 5.5 inches of precipitation). The region has seen approximately 43 inches of snow since Dec. 1, 2016, which is seven inches above normal so at least they got the snowy part right.

The Farmers’ Almanac editors invoked their signature sense of humor when reflecting on their 2016-17 winter prediction, likening their inaccurate overall guess to the 2017 Oscars best picture award debacle.

“We admit that this past winter was a bit baffling,” the editors wrote in their spring 2017 forecast announcement. “While there was an abundance of snow in the Northeast during the month of February and ski areas from coast to coast did very well, the bitter cold we had forecasted never quite materialized (did WE get handed the wrong envelope??).”

Having followed along with their daily forecasts for the past four months, however, I would say the Farmers’ Almanac’s only failure was in choosing descriptors (“frigidly cold”) that only matched up with their forecast for mid-February. The rest, according to my observations (which involved the highly scientific routines of marking down “yes” or “no” with appropriate notes next to their predictions), was pretty accurate to the tune of 80-85 percent. In the grand scheme of seemingly predictable things, like March Madness and presidential election results, those odds aren’t too bad.

So what’s in store for the season ahead? According to their predictions for Zone 2 (the Great Lakes, Ohio Valley and Midwest), wetter-than-normal conditions and unseasonably mild temperatures – a storm-lover’s spring come true.

As you dig through your closet full of wool sweaters and long johns to find your raincoat and rubber boats, some final words of wisdom from the Farmers’ Almanac: “even the best long-range weather prediction, based on a 200-year-old mathematical formula, is no match for [Mother Nature’s] will.”

Showers and heavy thunderstorms usher in some cold weather and snow flurries for the opening days of spring in the Midwest and Great Lakes regions. April showers will live up to their fame this month, but they will be accompanied by a few pleasant spring-like days with mild temperatures. – Farmers’ Almanac

4th-7th. Fair skies followed by unsettled weather spreading as far east as Michigan/Illinois by the 7th.

20th-23rd. Showers spread in from the West, quickly followed by improving skies.

28th-30th. Continued stormy for most areas.