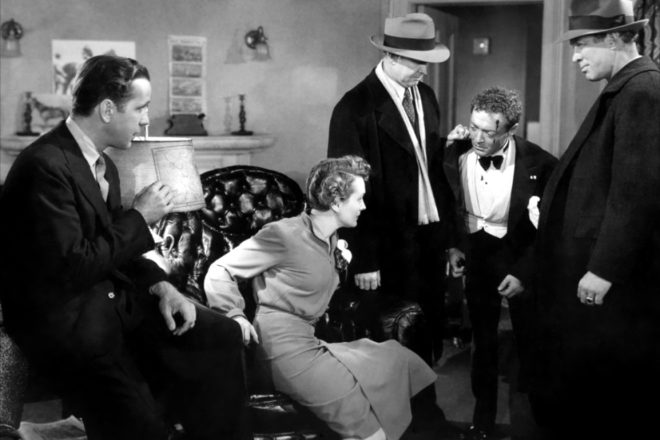 (From left) Humphrey Bogart, Mary Astor, Barton MacLane, Peter Lorre and Ward Bond in a promotional still from the 1941 film ‘The Maltese Falcon.’

Upon arriving in Door County in September, I was given a tour of Third Avenue Playhouse (TAP) by Bob Boles and James Valcq, co-artistic directors. I have a theater background and, after having the pleasure of seeing their fantastic performance of Every Brilliant Thing, I knew I wanted to work in some capacity with TAP.

One of the things that struck me as I was toured around was the large theater space featuring a projector and expansive rows of audience. TAP, in one of its building’s past iterations, had been a movie theater, but now the space goes largely unused. The playhouse prefers to perform its shows in the smaller, intimate space at the rear of the theater, so, other than the triennial Holiday Music Motel songfests and the occasional concert or screening, the movie theater space is impractical for TAP’s purposes.

I was also aware that Door County didn’t have the number of movie theaters that befit such an artistic and culturally exciting place. Sturgeon Bay Cinema 6 plays the big blockbusters, but one has to drive to Green Bay to see anything even remotely independent or off the beaten path. I personally love going to the movies, whether it be a recent release or, if I’m lucky, an old, classic film. In my opinion, there’s nothing more satisfying than seeing a vintage Hollywood movie projected up on the big screen. And I’m betting there are other people in the community that feel the same way. 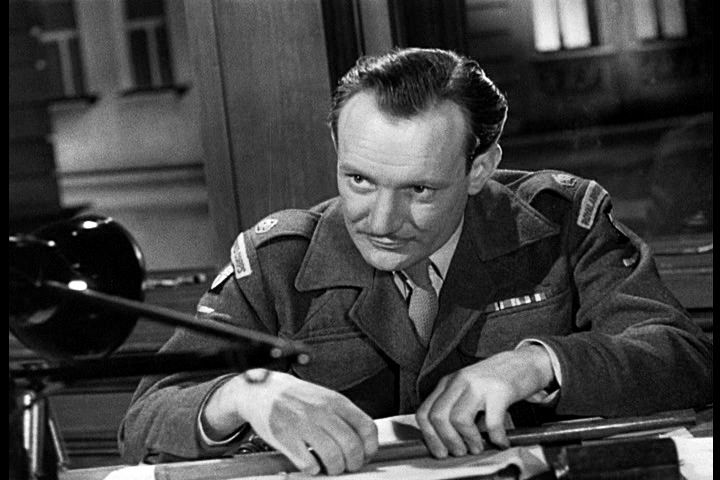 Trevor Howard as Maj. Calloway in The Third Man.

Beginning Jan. 14 at 2 pm and continuing every Sunday after that for five weeks, I will teach a film noir class. Each week we will assemble in the movie theater at TAP, where I will give a short lecture on the film we are watching that day. I’ll talk about not only the specific movie of the day, but put it in the context of the genre as well as the time period the film was released. Then, we will sit back and enjoy the movie, after which we will have an open class discussion about observations and anything else that caught our eyes or grabbed our attention. I want this class to feel like the movie equivalent of a book club.

Even if you’ve never seen or heard of a film noir, I encourage you to give the class a shot. Film noirs are a genre that took hold in Hollywood in the early 1940s. They are dark movies, full of shadows and morally corrupt characters, and usually revolve around a mystery. Film noirs are always an acute reflection of the culture of the time, with the initial movies coming in the wake of WWII and its horrors. As things in America changed, so, too, did the genre. To properly represent the adaptable nature of the genre and its progression, I’m organizing the films we view in a chronological order.

We will begin by watching The Maltese Falcon (1941), directed by John Huston. This movie features one of the all time great noir actors, and one of the greatest actors in general, Humphrey Bogart. This movie was the most successful noir at the time of its release, and is in many ways the quintessential noir – a movie we can use as our jumping off point for the rest of our films.

The following week we will view The Third Man (1949) directed by Carol Reed. This film doesn’t have a conventional detective like The Maltese Falcon, but there is a dark, brooding mystery that hangs over the entire movie nonetheless. It does a good job of showing the strides that the genre had made over the course of the 10 years since our last film, and the extent to which the subject matter of noirs had expanded.

For the third week, we will watch Touch of Evil (1958), directed and starring Orson Welles. Many consider this movie to be the final true film noir during the period from the early ‘40s to the late ‘50s. After this movie, the genre falls out of favor and noirs basically stop getting made in Hollywood. 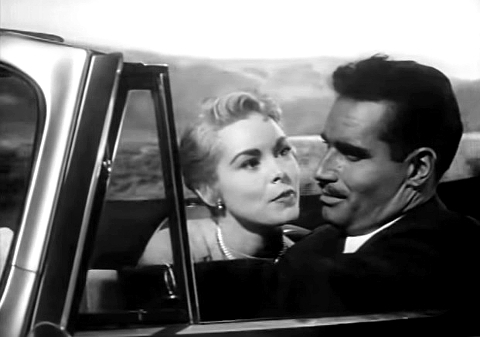 Janet Leigh and Charlton Heston in Touch of Evil.

The fourth and fifth films we watch fall under the category of “neo-noirs.” They were made after the classic noir period but bear the same qualities as any of the older films, though with an updated sheen. First, Chinatown (1974) directed by Roman Polanski, a film set in Los Angeles about a private eye, played by Jack Nicholson, who gets caught up in disputes over Southern California water, known as the “California Water Ways.” The film blends the classic noir mystery tropes with more modern, psychological aspects.

Finally, for the last week we will view Memories of Murder (2003) directed by Bong Joon-ho, a South Korean murder-mystery based on the true story of a serial killer. This last film not only gives us a 21st century version of the film noir, but it also brings us out of the U.S. and shows us what a noir out of the country looks like.

I am so thankful to Third Avenue Playhouse for giving me the opportunity to teach this class. If it is successful, then, down the line, I would love to teach another film series with a different theme. So, if any of these films sound interesting to you, I encourage you to sign up for the class. Even if you’re not sure that you love noirs, I guarantee you’ll enjoy watching and discussing these movies with other Door residents.

There’s no better way to spend your winter than in a warm theater watching movies with friends. And now that the Packers are out of playoff contention, what else would you do on Sunday anyway?

Preregistration required. Call 920.743.1760 or visit the daytime box office at 234 N Third Avenue (directly across the street from the theater) in downtown Sturgeon Bay.