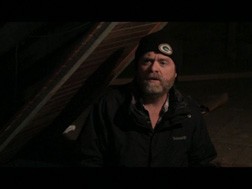 Four films will be shown Friday night at 7 pm, followed by discussion with the filmmakers. Then meet the filmmakers at the after-party hosted at the Sister Bay Bowl.

A free acting workshop led by Amy Ludwigsen and Ed DiMaio will be held on Feb. 15, 10 am – 12 pm, in the Village Hall. Another free workshop, about the art of storytelling with speaker Lloyd Michalsen, is offered from 3 – 5 pm inside the Northern Grill.

Fourteen short films will be shown on Saturday at 7 pm at the Village Hall. There will be popcorn along with other beverages and goodies from the makers of Tapuat Kombucha. Bring something soft to sit on to make your movie watching experience more enjoyable.

Audience members will be asked to vote on their favorite film. The film with the most votes will receive the coveted 2014 Golden Coffee Mug, handcrafted by a local artist. The after-party will be hosted at Husby’s Food & Spirits.

Tickets for each night are $5 per person. All money goes into the D.C. Short Film Fest fund for next year.