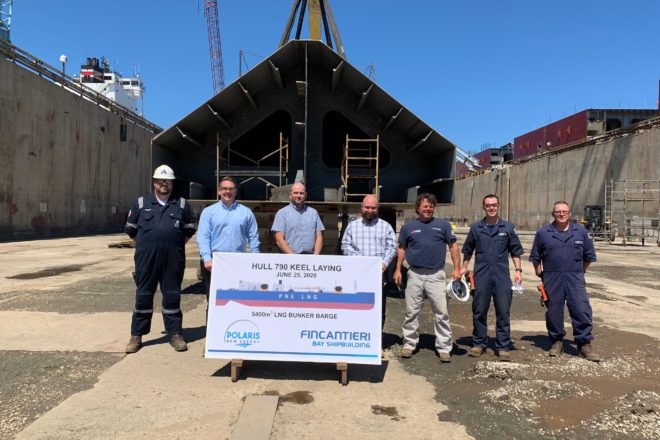 Fincantieri Bay Shipbuilding and Polaris New Energy hosted a private ceremonial keel laying June 24 to celebrate the start of construction on a liquefied natural gas (LNG) bunker barge. It will be named the Clean Canaveral and will operate as an articulated tug and barge unit that will initially run along the East Coast, providing LNG bunkering solutions to NorthStar Midstream’s customers.

The barge will use a cargo-handling system designed and developed by Wärtsilä Gas Solutions. The vessel is slated for completion in late 2021.