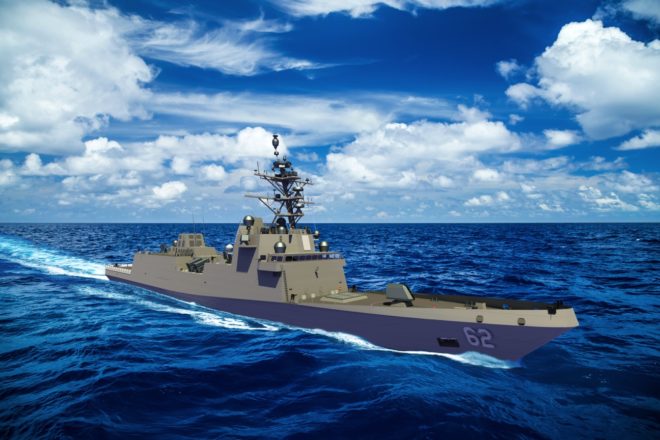 The U.S. Navy has announced that Fincantieri Marinette Marine is on contract to build a third Constellation-class frigate, the future USS Chesapeake. This announcement follows last month’s successful critical design review of the first-in-class FFG 62, which is nearing the start of construction. The value of this contract option is approximately $536 million.

“We are pleased with the award, and our focus remains on working with the Navy to build the best frigate in the world,” said Dario Deste, Fincantieri Marine Group president and CEO.

Fincantieri has nearly completed its $300 million construction and renovation project, which is aimed at enabling the construction of two frigates each year.