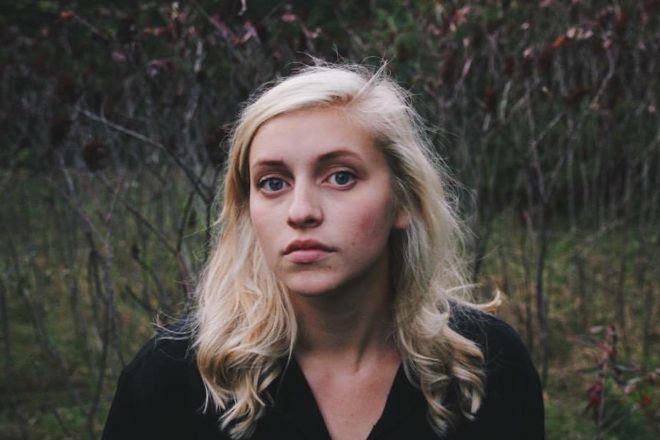 Andrea von Kampen, an independent folk singer-songwriter from Nebraska, will open for the band Darling West Feb. 27 at the Tambourine Lounge in Sturgeon Bay.

Hear Nebraska has praised von Kampen’s effortless vocal delivery as “soulful and worn-in.” With the successful release of two EPs — Another Day in 2015 and Desdemona in 2016 — and more, she has quickly established herself in the recording studio and on the road, sharing the stage with Tall Heights, Ira Wolf, Dead Man Winter, The Brother Brothers, Dead Horses and many more. Old Country, her debut full-length album, was released Feb. 8.

Old Country was recorded and mastered in Nebraska, and it features exclusively Nebraska-based musicians. Inspiration for von Kampen’s songs often come from literature, art and nature — in particular, the literature and nature of Nebraska and the Midwest. The title track, “Old Country,” is based on the book My Ántonia by Nebraska author Willa Cather.

Andrea von Kampen (AK): I was born in Ann Arbor, Michigan. My family moved to a small town called Seward, which is right outside of Lincoln, when I was little. And now I’m currently based in Lincoln, Nebraska.

PP: Why is it important for you to keep everything on your album — musicians, production — local?

AK: I enjoy working locally because I know everyone who plays and works on my record. I can be open and honest about what I want the project to sound like. It also is more cost-efficient and helps to showcase all of the amazing artists in the Midwest.

PP: You have a number of gigs with Darling West, the band you’re opening for in Sturgeon Bay. How did you get connected with that band?

AK: I opened for them in Omaha this past fall and really loved their sound. We planned to reconnect the next time they were back in the U.S.

PP: How does the dynamic for you change when playing with the band versus a solo show?

AK: Playing solo always feels a bit more intimate to me. I can take my time with the songs and really connect differently than when I play with a band. Band shows are cool for different reasons. My bandmates can add new textures to my songs, and with extended solos and diverse instrumentation, a new life can be brought to the songs.

PP: How long have you been on tour? What’s the most thrilling and most daunting part about touring?

AK: I’ve been touring on and off since last summer. I did about five weeks last summer on the West and East Coast. Then I focused on the Midwest and west this fall, and now I’m getting back out to play the Midwest and East Coast. The best part about touring is definitely the shows. The most daunting part is probably the lack of sleep and long car rides.

PP: What’s your biggest comfort when you’re on the road?

PP: Your song “Old Country” was inspired by Willa Cather’s My Ántonia. How did you go about writing that song?

AK: I love the way Cather writes, and I wanted to dig deep into the relationship Antonia has with her father. After reading the book, I started to get in the headspace of Antonia (or really any daughter) and think about how they’d feel after losing their father.

PP: You’re currently writing songs for a production of Romeo and Juliet for a Nebraska theater company. It seems like there’s a strong connection between literature and music for you. Where do you think that inspiration comes from?

AK: Yeah! I’m really excited about this project. I just finished writing the songs and can’t wait to get into the studio to record them. I’ve always loved the inspiration and escape that books can provide, and by reading, I can get a glimpse into a different life and then write about it.

PP: What musicians are you currently listening to?

AK: I’ve been listening to the new Gregory Alan Isakov album a lot this winter. Also, Gillian Welch’s album, The Harrow & The Harvest, has been playing quite a bit, too.

PP: How do you think your music has evolved from your first EP, Another Day?

AK: I think I’ve become much more confident with elaborating on my ideas with the lyrics and melodies. Also, the instrumentation has become more complex.

Doors open at 6:30 pm, and the show starts at 7 pm. Tickets are $15 per person and available for purchase at holidaymusicmotel.com, by calling 920.743.5571 or by stopping at the Holiday Music Motel. Space is limited, so advance ticket purchases are strongly encouraged. The Tambourine Lounge is at 59 N. Second Ave. in Sturgeon Bay.