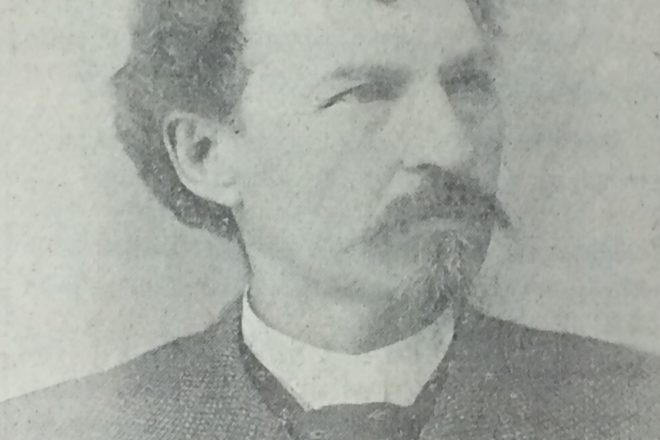 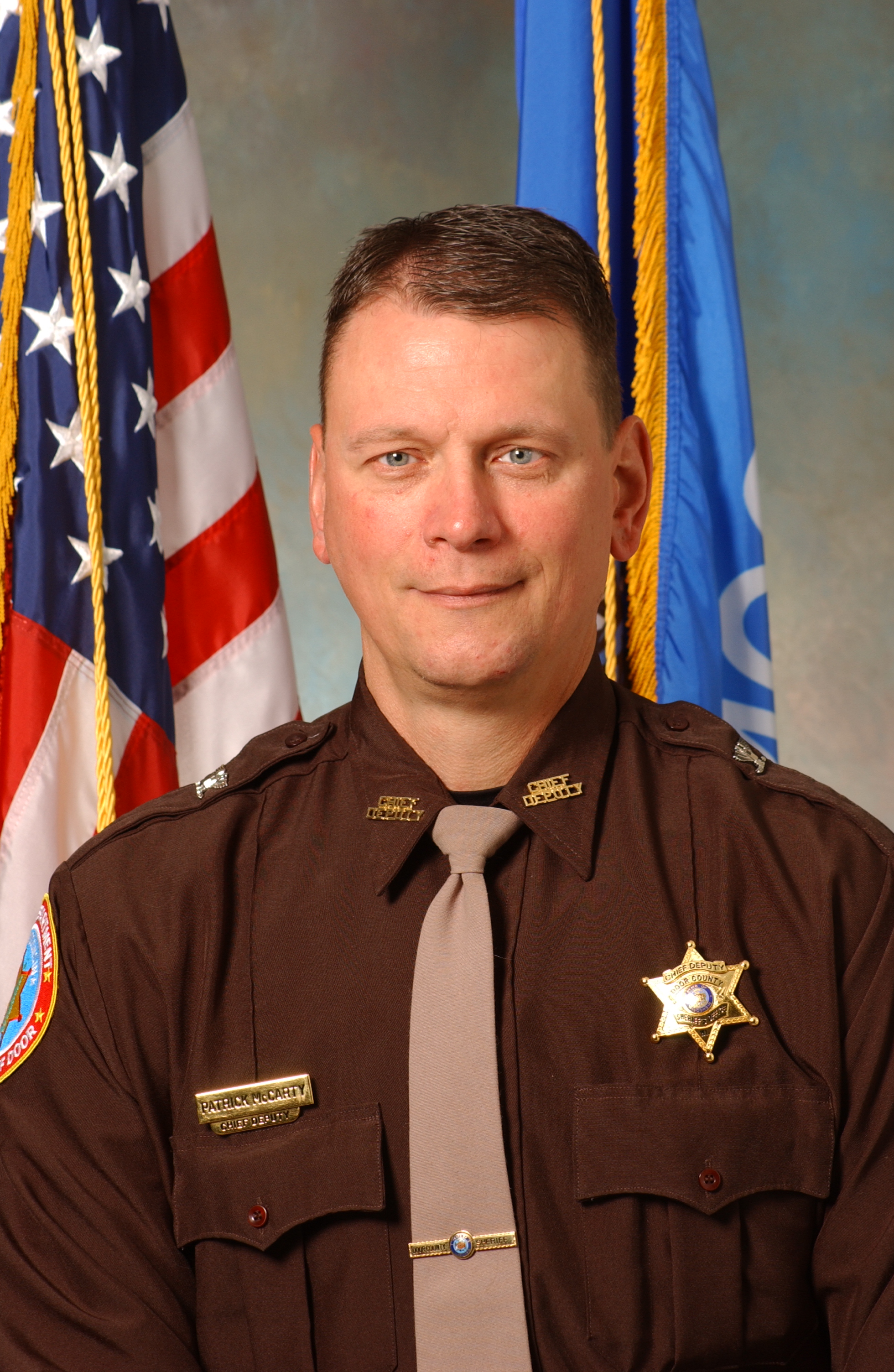 In the mid-1800s, Door County was a remote frontier wilderness. As the area became settled, the need for law enforcement grew. The early sheriffs were a unique collection of men coming from diverse backgrounds. None were career lawmen, rather taking office to supplement their income and even then not with salary but per-diems and fees.

Many of them were immigrants. One was a medical doctor, another was the first licensed saloon owner, his predecessor was a brewer and others had their backgrounds in logging and farming. They were truly pioneers in the area of law enforcement and in the settlement of Door County.

On June 9, members of the community were schooled on the first years of office holders from 1858 to 1878 by Chief Deputy Patrick McCarty.

The presentation was born from McCarty’s passion for the office and a requirement for a project in the Wisconsin Law Enforcement Command College. Although only a 25-page essay was necessary, his research and documentation led to more than 300 pages of materials.

The research may have been arduous at times, with multiple visits to the Door County Historical Museum, interviews with retired officers and the online newspaper library. However, McCarty is no doubt proud of his accomplishment, ultimately developing three volumes, The Office Holders:  Early Sheriff’s Office, The Traffic Police Era and the Writings of Stanley Greene, as well as documenting sheriff officeholders and law enforcement officers during the span of its rich 150-year history.

When the first sheriff, Lorenzo Brown, was elected in 1858, Sturgeon Bay (then the township of Otumba) was a vast wilderness with sawmills, boarding houses and Moravian farmers. Basic trails made up the town and the road to Green Bay was just passable, the journey taking seven hours by horse or 13 hours by train.

Sheriff officeholders served two-year terms with term limits. Brown, however, did not have constitutional authority, a power not given until 1860 with Dr. Edward Battershill as officeholder.

Sheriff Battershill was a medical doctor, the first to settle in practice in the area and served as deputy sheriff under Lorenzo Brown. Some of the official duties then were to draft people into service of the Union Army, organize a home guard and act as custodian of the county jail, a duty still today.

On occasion, both of Battershill’s skills proved practical. In the Boyer-Welkins feud in 1861, Dr. Battershill treated one of the combatants. Later, Sheriff Battershill searched for the knife-wielding suspect. The sheriff with the help of a posse made the arrest and brought the suspect to jail.

The first jail was hastily built in 1861, made up of pine logs, giving it the name “The Log Pen” on what would be modern day Second Avenue and Michigan Street. It fell into disrepair and, notably, a prisoner escaped after a wall fell from his leaning on it. In 1878, the jail burned down under mysterious circumstances, the fire believed to have been started as an effort to break out of the building.

Battershill was followed by Jacob Thorpe, the older brother of Asa Thorpe who founded Fish Creek. With brother Levy, they also established the Village of Egg Harbor.

Records and writing were sparse on these early sheriffs; the most noticeable was the next sheriff, John Simon, known only as a local farmer. Following Simon was Jessie Kimber, a lumberman and Civil War veteran. After his term, he also held the office of constable, as did his predecessor Simon, and was also the first organizer of the veterans organizations in the county. James Mann was next in line, noted as a Civil War veteran and operating mills in Little Sturgeon.

Following Mann was David Houle, previously a mail carrier, and considered to be the media darling of this era of sheriffs with multiple articles of his doings as the sheriff and as the first licensed saloon owner.

William Wagener, a German immigrant and Civil War veteran, served as Houle’s under-sheriff and was next in line. Wagener was considered one of the most colorful, being the youngest at just 34 years of age and establishing the first brewery in the village, Excelsior Brewery, just south of the then courthouse building. He later spent 30 days in jail for not paying taxes on the brewery’s liquor sales.

David Houle rounded out the period with a second term while continuing to operate his saloon. Houle lived to the ripe old age of 99, and certainly would have been an interesting interview for researcher McCarty, having watched Door County go from a primitive location to its post-mill days, “civilized” by farmers, fisherman and shipyard workers.

McCarty, the presenter and expert on the pioneer sheriffs, is a fifth generation Door County resident and a member of the Door County Historical Society. He began his career with the Door County Sheriff’s Office in 1994. He is currently the chief deputy, the second in command for the department, and has announced his candidacy for sheriff upon the iminent retirement of Sheriff Steve Delarwelle.