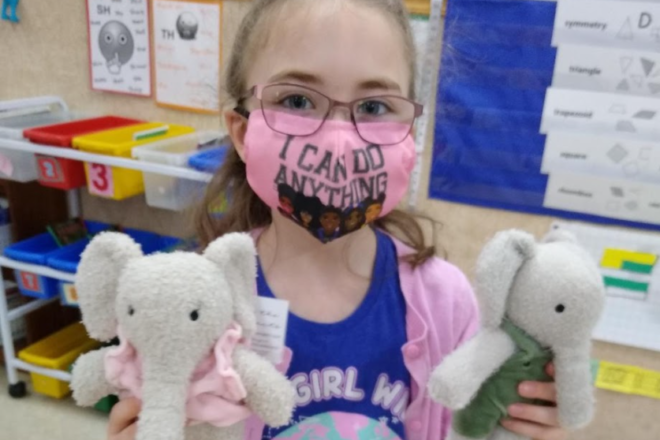 Cambria with her stuffed elephant pals, Kiki and Tembo. Submitted.

Southern Door first-grader Cambria Londo turned a research project about elephants into an opportunity to give back. While studying for the project, she learned that elephants were being poached for their tusks, losing their habitat and have historically been mistreated as circus animals. She wanted to know what she could do to help, which led her to The Elephant Project.

Inspired by the group’s mission and what she’d learned, Cambria donated her allowance to the project. The group’s founder – from Santa Barbara, California – heard Cambria’s story and surprised her with a video chat.