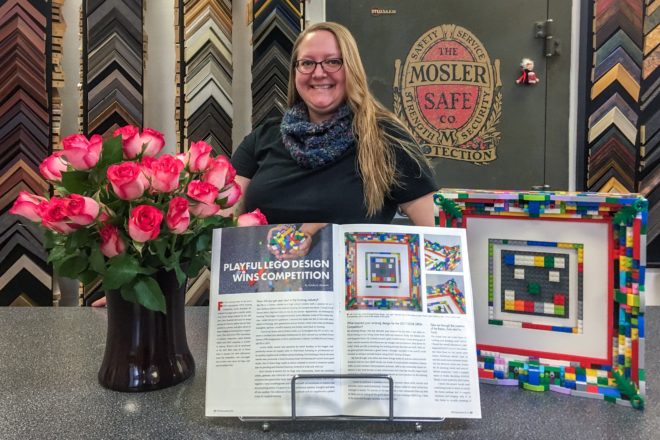 The six-page interview in PFM showcases photos and the process of creating the frame: a uniquely whimsical, yet architecturally structured frame that Buechner made from LEGO blocks. She chose to replicate a 19th-century portrait frame complete with cutouts and palmette corner embellishments. The frame consists of 752 pieces.

“Regardless of that outcome, I had my fingers crossed that it just might inspire someone to think outside the ‘blocks,’ both in subject matter and materials,” said Buechner.

Buechner’s award-winning framing is on display at Artists Guild, where she is available to help customers with their framing needs.