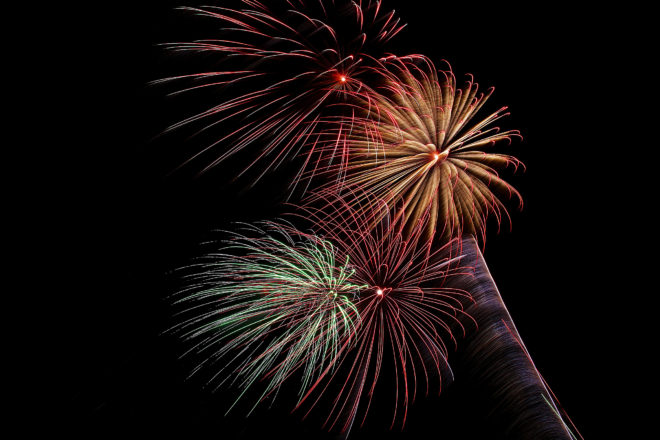 Fish Creek has pulled out of the Independence Day entertainment business – a decision that isn’t sitting well with many members of the community.

The Fish Creek Civic Association (FCCA) sent a letter to members in early January informing them that the Fish Creek Summer Fest, held the Saturday after July 4, is not in the plans for 2019. The event includes fireworks over the harbor, live music, and food and beverage stands in Clark Park. The FCCA said the decision came as part of the board’s effort to refocus on promoting Fish Creek to visitors year-round.

“To focus all of our financial and people capital on one day versus marketing for 180 days throughout the season seems like the wrong decision,” said FCCA President Denise Stillman.

She also said the organization has struggled to get enough volunteers for the event and has fallen short of fundraising goals to support it in recent years.

“We did a bunch of research with our business owners, and many said that the festival doesn’t do much for their business that day,” she said. Meredith Coulson-Kanter, owner of the White Gull Inn and member of the FCCA board since the spring of 2018, echoed that statement.

“Those of us on the board felt we were not benefitting from it, and we were actually taking a loss due to the traffic,” she said. Coulson-Kanter said uncertainties about this year’s highway and beach construction also played a role in the decision.

But Shane Solomon of Julie’s Park Cafe and Motel said the impact of the event stretches beyond one day in July.

“The purpose of these events is to keep Fish Creek top of mind for visitors,” he said. “To cancel such a popular event hurts that. Those visitors don’t just come that day. They see what’s available in Fish Creek and come back other times.”

Stillman said Fish Creek’s fireworks are more costly than those in other communities in the county due to the barge needed to launch them. In 2018, the fireworks cost $30,000, and the barge to stage them cost another $7,000. Contributions to support the fireworks came to $31,000.

Tom Young was the event co-chair last year with founder Brian Hackbarth. He said he understands that it’s a tough decision for the FCCA board, but was disappointed that neither he nor Hackbarth were consulted about the move until after a decision had been made.

“There are a number of things we could have done to cut costs,” he said. “We could have cut back on the fireworks. Fundraising was down from our best years, but we still averaged $30,000 a year for the last 8 years. It’s really hard to restart something like that.”

Stillman admitted that the decision has generated backlash, primarily from residents and visitors who enjoy the fireworks, more than from business owners. That has rekindled a debate within the organization about who its primary audience is.

The fireworks and festival was founded in 2004, when Hackbarth took it upon himself to raise money and plan the event. Over the years, the FCCA has absorbed more of that work, but Hackbarth has served as one of the organizers every year. In 2018 he co-chaired the event with Tom Young. Hackbarth said he was disappointed that the FCCA didn’t consult him before the decision was made.

“I start working on them the week after the Fourth of July every year,” Hackbarth said. “I had been working on them right up until I found out they were canceled. It’s disappointing because I’ve contacted the board several times last summer and fall to talk about the fireworks, but they never told me about this.”

Stillman said that the board made a mistake in not talking to Hackbarth. When Young stepped down after the 2018 event, she said the board was not aware that Hackbarth was still the co-chair and assumed that nobody was in place to take the reins.

Hackbarth hopes to save the event and said supporters have come through with thousands of dollars in new donations since the news of the cancellation broke.

“My phone has been ringing off the hook,” he said. “People are pretty upset.”

“This is goodwill for the community and our guests,” Hackbarth said. “It’s not about lining your pockets. That’s why you do things that make people happy. That whole week there’s this energy in town. It’s more than the 29 minutes of the fireworks show – it’s how it impacts the whole week and the summer.”

He said he hasn’t given up fighting but believes he’s waging a losing battle. Stillman said several people have expressed an interest in re-establishing a committee to research whether there’s a way to make the Independence Day festivities work for the organization and the community.