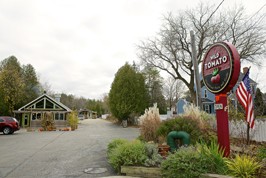 At the beginning of every quarter, Britt Unkefer takes a sample of the water from the sink at his thriving Fish Creek restaurant, Wild Tomato, and drives it to the Ephraim water treatment plant for testing. So do many other Door County business owners, while many more send them to the Wisconsin Department of Natural Resources.

That’s because every restaurant and hotel using a private well in Wisconsin is required to test their water for bacteria quarterly and nitrates annually. The DNR enforces this law and provides free water tests to businesses. Unkefer prefers using the water testing lab in Ephraim for $30. If a restaurant or hotel fails a test, it faces major disruptions for their business. 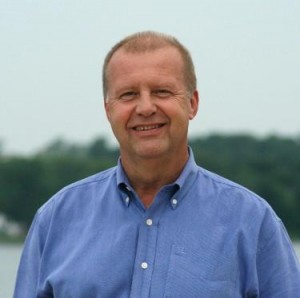 The consequences for a bad test in a restaurant or hotel can be severe in practice and for their reputation. Restaurants can be required to boil all the water they use for customers or for washing dishes. Hotels are required to post their positive test results at every faucet and drinking fountain in the building.

While Sister Bay has a public water utility, Fish Creek does not and Unkefer wishes they did.

“I would be all for it,” said Unkefer. “I would much rather be investing in something that’s long term, like forever, than waiting to replace my well.”

With a municipal water system, tests can be administered town-wide and as long as those tests come back clean, every business tied into the system can trust in safe water. This takes a burden off of the business owner and offers an incentive for new development.

“In Sister Bay, because they do have village water, the growth potential for the village completely changes,” said Unkefer, who will open his second restaurant in Sister Bay this year.

When Sister Bay broke ground on its municipal water system in 1972, the cost was $1.66 million. In the village of Stetsonville, 70 miles east of Eau Claire with a population of 537, petroleum contamination forced the village to establish a municipal water system in 2010 at a cost of $7 million aided by funds from the DNR, U.S. Department of Agriculture and Environmental Protection Agency.

Fish Creek took a serious look at creating a public water system in 2012.

Dick Skare, owner of The Cookery in Fish Creek and town board chair, proposed a study on the feasibility of municipal water, driven by safety and health concerns. His restaurant burned down in 2008 and he thought a water source for fighting fires would combat another incident in the downtown district. He also spent time in Kewaunee County hearing their groundwater concerns. Heavy rains or a big snowmelt could plague the private wells used by the entire downtown district.

“It’s come up a few times over the years,” said Gibraltar Town Board member Brian Hackbarth. “The board determined that it was best, since this would all be paid for by the people that would be serviced by the water, that the best thing to do was to send out a survey.”

When a second study was needed to push the project further along, the survey of property owners in the proposed water corridor revealed that only 23 percent felt that the idea was even worth the next $25,000 price tag for a follow-up study.

The project quickly died at the town board meeting on Aug. 1, 2012 with a motion not to proceed with a public water plan. Skare voted against it.

But that is not to say that business owners would not like to have their water lines tied into a public system.

“When [Gibraltar] first brought it out and said what those upfront costs would be, it was pretty high. It never really got real far,” said Kevin Bauldry, manager at Homestead Suites in Fish Creek. “People saw it, especially some of the smaller places, and it would be a huge upfront cost for them.”

The Homestead is one of the largest water users in Fish Creek, if not the largest, according to Bauldry. Other large water users include the YMCA and Gibraltar School. Despite that, he said his costs on municipal water would probably be less than continuing with his dual-well system, once the upfront cost was taken care of.

Under a special assessment tax, a tax on only the people who are benefitting from the service provided, the Homestead would be paying a large part of those upfront costs. For water districts, a special assessment tax typically charges property owners for the number of square feet they have along the proposed water lines. Since the water lines were originally proposed to mimic the sanitary district, which includes Hwy. 42 into downtown Fish Creek, the Homestead would be assessed tax on a large part of that frontage.

“We’re a pretty long building and, tying into it, I don’t know what those costs came out to,” said Bauldry. “We manage some condominiums behind us, how does that get around there and get back up to them?”

The upfront cost was what made most property owners push the idea away, especially since their wells were doing just fine.

“If people were having problems with their wells, I think they would be jumping on it, but that’s the problem with the area,” said Bauldry. “If they’re not having problems, then why spend that money?”

But Unkefer believes in the long-term investment, both for the business and the community.

“For everywhere in the world, water will be the number one issue. It’s no different here,” said Unkefer. “Everyone’s big problem with it is cost and there are kids up here, there are families up here, if they have kids and grandkids, why would you not want where you live and where you put your roots down to thrive and succeed and be safe?”

Hackbarth and Skare don’t think a lack of municipal water hurts businesses or influences development in Fish Creek, even though business owners view it as an asset.

“I don’t see a lack of a water system negatively affecting our economy in any way in spite of that,” said Hackbarth. “As long as Fish Creek’s economy is strong and Fish Creek is the best place to have your business, then it will still drive people to redevelop in Fish Creek.”