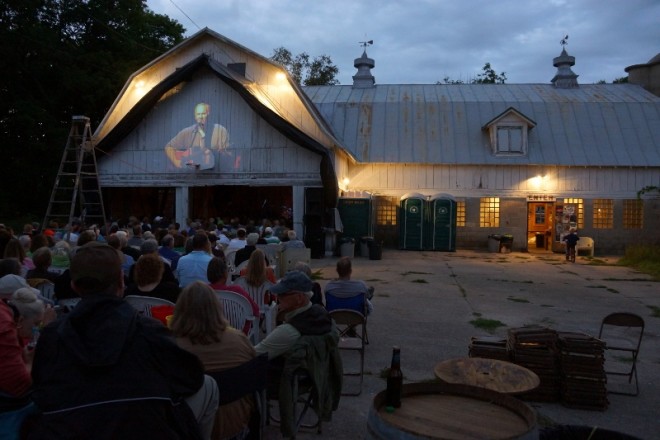 A new organizer and ticketing process highlight the changes at Fishstock for its 21st season in 2016. Submitted photo.

This will be the 21st season for the Sunday night Fishstock concerts in the old dairy barn just west of Maple Grove Road on County F.

Started by Dave Ellmann in the barn loft, concerts consisted of 20 to 30 people in an assortment of old chairs and benches. The concerts have grown in popularity to sometimes attract more than 700.

From Door County legends like Eric Lewis, Karen Mal, Chris Irwin, Jimmy Kaplan, Tommy Burroughs and Jimmy Davis – all of whom still perform regularly – the list of popular performers has grown each year to include new faces and sounds.

Part of the evening’s activity in recent years for attendees with reserved seats has been searching for the chairs with stick-on notes containing the hand-written names of those in their party. No more. Reservations and seat assignments at Fishstock have arrived in the electronic age. 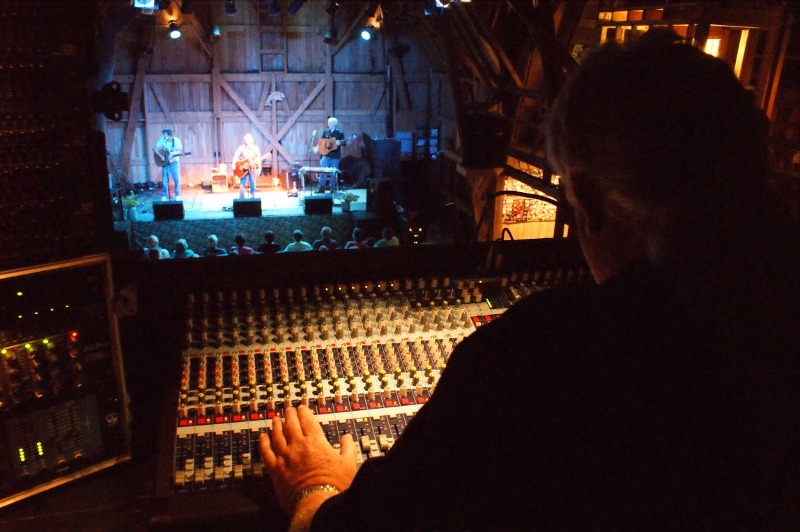 Steve Ellmann in his familiar perch at the soundboard at Fishstock. Ellmann takes over management of the concerts from his brother Dave this summer. Photo by Suzi Hass.

Dave and Steve Ellmann have contracted with Brown Paper Tickets to handle reservations. People wanting to make reservations can access the website, brownpapertickets.com or call 1.800.838.3006. Steve Ellmann says the company was chosen because callers can talk with a real person 24/7. The site can also be accessed through Fishstock’s website, fishstockmusic.com.

Tickets for each concert are $20, plus a $1.69 service fee if requested by first class mail or printed on the buyer’s own computer. There is an additional charge for faster mail. Before each concert, the internet company will provide Steve with a list of reservations, in the order in which they were made, and he will assemble a master list of seat assignments. As patrons check in, they’ll be told the row and number of their seats. Non-reserved seats will also be available before each show for $15. Steve hopes that eventually, people who purchase tickets online can also choose their seats but that option is not available this year. All concerts are at 7 pm.

Jimmy Kaplan, one of the first musicians to play at Fishstock, has for years done the second show in the series. He’s unavailable this year, but will return next summer and requested that his regular date be given to his brother and sister-in-law, Bruce Kaplan and Claudia Russell, half of the Paper Birds.

At the final concert in 2015, Dave Ellmann announced his sort-of retirement. His involvement will be less up front from now on, but his brother Steve, who’s been a major part of Fishstock from the very beginning, is assuming leadership. He has a PhD in psychology and taught at Gibraltar and the University of Wisconsin-Milwaukee before going to work in 1994 for an agency in southeast Wisconsin that treats aggressive and violent behavior in teenage males.

Long before that, in the 1970s, Steve was the manager of Powell’s Country Inn across Highway 42 from Gibraltar schools. He hired a six-man Dixieland band to play at the inn and brother Dave, the bartender, was given a room with the musicians in an old house at the former Reinhard dairy farm. Eventually, Steve went back to school to complete his doctorate and Dave bought the farm. Over the next decades, he achieved his dual goal of providing housing for college students with summer jobs in the county and opening the music venue that became Fishstock.

Throughout its existence, Steve has been involved as producer of the shows and the person in charge of sound. He’s been a Door County resident since 1972, when he bought the house he still owns in Fish Creek. At various times, besides teaching, he served as Fish Creek’s city clerk and owner of the salvage boat, the Gray Fox. He recently purchased a home near the farm. 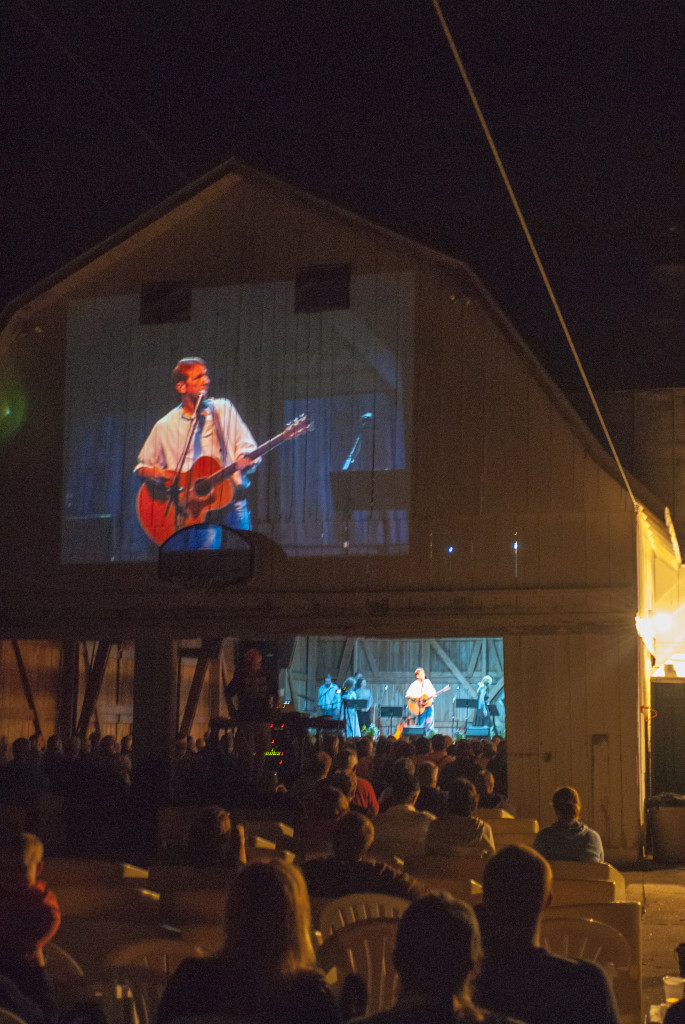 Besides the major change in ticketing, attendees will notice some other differences this year. Overflow seating outside the barn will now be partially covered (although in 19 years there’s never been a rainout). Some informal tables will be added (and Steve will appreciate donations of chairs). Inside, the free refreshments that have been lined up on tables will be moved to an old stock tank Steve found at his new home.

Next summer, Steve hopes to add an educational focus to Fishstock by beginning a series of workshops for young people and adults led by Fishstock headliners and covering such topics as songwriting, playing, performance and stage presence. He envisions Friday sessions for beginners and Saturday sessions for more experienced musicians, with a Sunday afternoon concert by workshop participants.

One additional change this summer is a sad one. Throughout the existence of Fishstock, Dave and Steve’s mother, Doris Ellmann, was a familiar figure at the concerts, arranging armloads of wildflowers in containers across the front of the stage. Doris passed away last November at age 88. The chair she always occupied during the shows will be in its usual spot this summer, bearing a permanent sign in her memory.

For more information, visit FishstockMusic.com or find Fishstock on Facebook.