Michael Meulemans first felt the allure of Door County as a child growing up in Appleton. His grandparents brought him along when they needed to escape summer in the city and commune with nature. 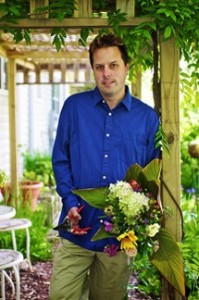 “They couldn’t handle the heat,” he said. “We went to Toft Point, The Ridges, Peninsula State Park. We did a lot of hiking. They brought me to the nature of Door County. That’s when I fell in love with this place, at a very young age, seeing the ladyslipper orchids growing along County Q and going through Peninsula State Park on that trail that everybody says ‘No, don’t go!,’ and seeing the rock ledges with grandma and grandpa. That’s what they were about. It’s good to be up here and part of that.”

Door County has been his home for the past 15 years. Today, if something is happening in Baileys Harbor, Meulemans likely has some role in it.

“I’ve done a lot within the community the last 15 years – starting the farmers market, starting up a business, being a part of the town and doing stuff for elections and the parks committee,” he said. “I always feel like you should be invested in the community, wherever you live. Care. Volunteer. Find out how you can help.”

His business, Design Door County, was featured along with several other Door County businesses in the spring edition of Martha Stewart Weddings magazine for a wedding that took place in Ephraim in 2012, the Annie Sturgis-Chris Parish wedding. 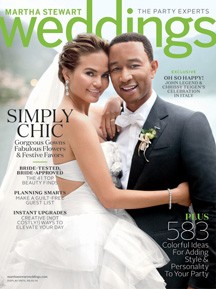 “There was a group of us throughout Door County that was involved,” Meulemans said. “Alexander’s did the catering. Viva la Cottage and Wilson’s Ice Cream were involved. Myself and Helene Ingsten-Anderson (of Flora in Sister Bay) did all the floral. She did the wedding bouquets. I did all the exterior stuff, including the main house. It was a tented event, so I did everything in the tent. It was just a unique focus on the Door County charm. They really encompassed everything.”

“It’s a huge honor to be in Martha Stewart Weddings,” Meulemans said. “That’s absolutely huge. But for Door County, destination weddings have become such a huge thing. Even the new blog on the visitor bureau site has to do with weddings.”

Meulemans recalls that the featured wedding was very short notice for him; he was hired a week and a half before the wedding was to take place. While he would like a lot more time, he also enjoys a challenge.

“Out of my end of stuff, it was all hand-cut out of my gardens,” he said. “It was finding every white flower you possibly can because their theme was pure white all the way through. No two arrangements on the table were exactly the same, all in antique vessels. I didn’t think of it at the time, but looking back now, it had all the elements for Martha Stewart Weddings.”

Meulemans had no idea the wedding was to be featured in the magazine until he ran into the bride’s mother at a local farmers market and she told him. Then he got a call from the magazine. 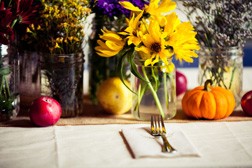 “They wanted the full flower list,” he said. “Well, they wanted fresh-cut from the county, so it was more a matter of remembering what was in bloom in the county at the time.”

A short lead-time is just one of the many challenges Meulemans has encountered in trying to provide unique floral arrangements for his wedding clients.

“I had a wedding last fall with a stipulation that 80 percent of the arrangements had to be edible and 90 percent had to be biodegradable, and they wanted it locally sourced,” he said. “There was a little metal wire to tie the bouquet, otherwise it was biodegradable roping. All the plants on the table were edible, arrangements with full heads of cabbage. Containers were pumpkins and things you don’t normally see. It’s an absolute blast, treating every event as different and not doing the same thing is challenging. When I do weddings and events, you’ll never see that arrangement again. I don’t like to replicate, which is a little bit different of a lot of business structures.”

Meulemans said ideally he would like months rather than weeks to help create a unique event.

“When you are talking further out, two, three four months, that’s when you can really formulate, not only what’s growing in the county but with national distributors,” he said. “Because I have my own greenhouse, if I have enough time I can tailor everything to what the event requires. The more lead time you have, the better because you can get more creative and have more fun with it. I’m already talking late summer now for events.” 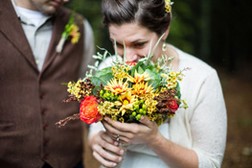 The crucial part of creating unique arrangements is getting to know the stars of the show, which, in weddings, of course, are the bride and groom.

“The first meeting I ask for five photos of things they kind of like and base it off that,” Meulemans said. “Or ask what plants you don’t like, colors you don’t like. From there it evolves into a life of its own. The more time you have out, it gives more time to look for more things, find the unique things, find that one rose that may be one color on the inside and another on the outside, or one plant they’re begging for, finding something they’re going to be blown away with. Talking and emails and open dialogue help to make it a more unique and creative event. Unique is what everybody wants. They don’t want to go to the next event and see the same thing.”

You can learn more about Meulemans’ business at designdoorcounty.com.