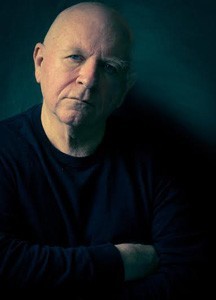 Michael P. Smith is coming to Lost Moth Gallery on May 15 at 7 pm. Smith easily traverses the line between hilarious satire songs and passionate, lyrically brilliant story songs. He has a droll sense of humor and sings about everything.

Part of the early Chicago folk scene, he has a devoted following and has produced a remarkable body of work. He has created whole suites of songs for the theater. He composed the score and led the on-stage band, playing guitar for Steppenwolf’s Tony-winning production of The Grapes of Wrath. Smith has composed the score for The Snow Queen, and cabaret singer Lisa Asher did a show that consisted entirely of his songs – “Stranded in the Moonlight: The Music of Michael Peter Smith.”

Lost Moth Gallery is honored to have this icon of the folk world grace their concert space. An intimate concert in an intimate setting surrounded by paintings, pottery and sculpture. Doors open at 6 pm. Music starts at 7 pm. Tickets are $15. Bring a bottle of wine or beer, snacks will be provided. Located at the north end of Egg Harbor at 7975 Hwy 42 at Lost Moth Gallery. Call 920.495.2928 for reservations, as seating is limited. For more information visit michaelpetersmith.com or jeannekuhns.net.