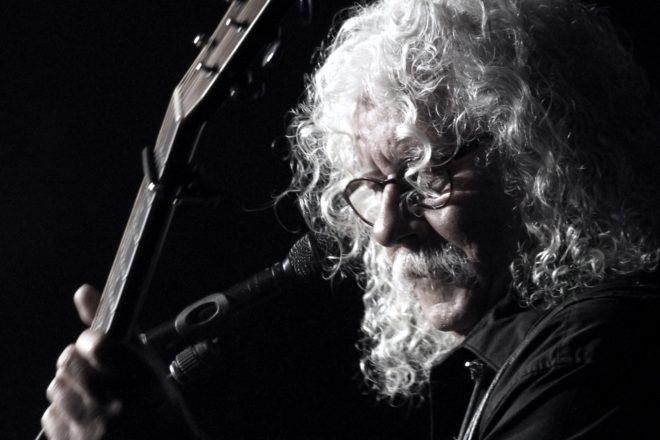 Arlo Guthrie and his children perform at the Door Community Auditorum on Oct. 8. Photo by Dennis Andersen Photography.

On Oct. 8 at 7 pm, folk icon Arlo Guthrie, traveling with his children Abe and Sarah Lee Guthrie as the “RE:Generation Tour,” will take the stage at Door Community Auditorium (DCA) in Fish Creek.

Arlo Guthrie originally gained fame as the son of folk luminary Woody Guthrie, who hoped to one day form a family band with his children. Though Woody died before he could realize that goal, Arlo is now making that dream a reality with his RE:Generation Tour, which sees Arlo joining forces with his children.

Famous for hits like “Darkest Hour,” “The City of New Orleans,” “Coming into Los Angeles,” and of course “Alice’s Restaurant,” Arlo Guthrie – now 70 years old – performs with all the wit and spunk that made him into a folk icon in the first place.

Guthrie gave his first public performance at age 13 and quickly became involved in the music that was shaping the world during the 1960s. Guthrie’s career exploded in 1967 with the release of “Alice’s Restaurant,” the record whose title song premiered at the Newport Folk Festival and helped foster a new commitment among the ’60s generation to social consciousness and activism.