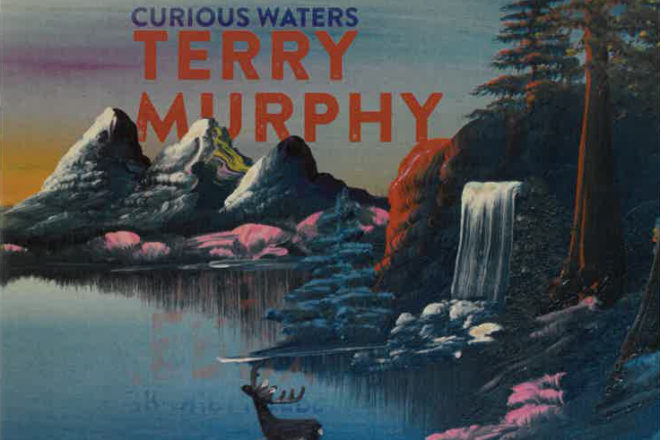 A “showcase of a quieter, more optimistic look at the world around us,” Curious Waters is the sixth album released by the Door County multi-instrumentalist and member of local bluegrass troupe Last Man Standing.

The 12-track acoustic collection is a lyrical scrapbook of Murphy’s life experiences and observations, all imbued with a sense of appreciation for the lessons he has learned and those yet to come. Political, environmental and social references are dotted throughout, with Murphy encouraging us to search for common ground, a request he lays out eloquently in the album’s title track.

He also pays humorous tribute to life’s simple pleasures. “Amen Bakery,” sung a cappella with finger snapping accompaniment, celebrates the fresh, hot buns of Indiana’s Amen Bakery. In “Settin’ On The Porch,” he invites listeners to “sit a spell” and chat awhile on his front porch, a place where “no one’s keeping score, unless you count the spills left on the floor,” where differences can be put aside and points-of-view can be shared.

There are also moments when Murphy personally lays it all on the table, especially in the autobiographical “Cost of Growing Up,” his reflection on turning 64 and reviewing the reckless wandering, rarely materialized life plans, family estrangement and other “lessons learned and corners turned.”

His age shows through pop culture references as he wonders aloud, in “Hippie Chix,” what happened to the halter top, denim skirt-wearing hippie girls of his generation. He muses the destinies of these inspired “herbal ladies” in uptempo, creative verse. A song later, he guides listeners through a timeline of his youthful romances, recollecting the good times and what went wrong, ending with a touching tribute to his wife, Katy.

Curious Waters was recorded and mixed by David Alley, of Utopia Soundwurks in Sister Bay, and mastered by Brian Lucas, at UWW Studio in Whitewater.

Donning the album cover is a landscape oil painting Murphy purchased for a few dollars from a thrift store. Featuring a serene water, mountain and wildlife scene, it is an appropriate representation of the music within.