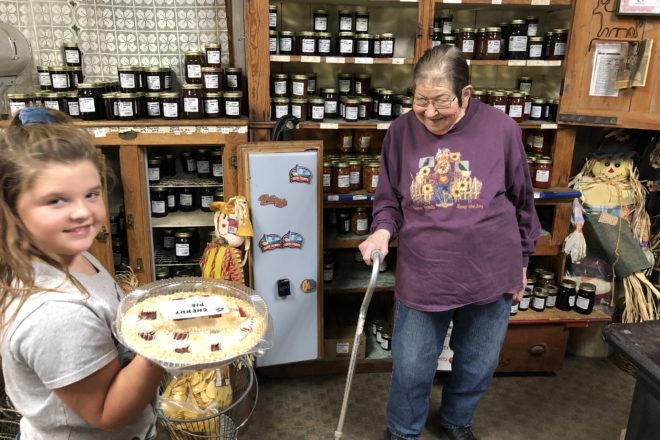 Wanda Woldt, an almost-self-sufficient Sturgeon Bay farmer, had to search long and hard to find supplies to preserve the fruit and vegetables from her garden this year.

Woldt has been canning green beans, jams, pickles, tomatoes and more for about 35 years now, and she’s never seen canning lids so hard to find. With only a few remaining from last year, she looked in four stores and found only three boxes.

“Hopefully I’ll find some more this winter,” she said.

Newcomers to large-scale gardening – driven in part by coronavirus-fueled supply-chain fears – created the scarcity of canning jars and lids this summer and fall. Lids became so scarce that the Mason jar manufacturer posted on its website that it reserved the right to sue purveyors who claimed to sell Mason jars, lids and supplies and to sue companies distributing counterfeit items.

“The recent increase [in] Mason jar or lid purchases has led to the emergence of a lot of fraudulent websites on the internet,” the company stated.

“This spring we sold a lot of vegetable seeds,” Nelson said. “They grew the vegetables, and now what are they going to do with them?”

Nelson said the store has a standing order in for as many jars and lids as it can get, and when a couple of boxes of jars arrive, they’re purchased and out the door that day. The larger quart jars come in less frequently than the pint and half-pint jars.

Most farm-market operators who commented for this report said the nationwide shortage has not hurt them.

“We’ve got all our supplies we need for this year,” said Kevin Oram, co-owner of Koepsel’s on Highway 57 between Baileys Harbor and Sister Bay.

Oram said the scarcity resulted from more people canning at home and some manufacturing slowdowns due to coronavirus precautions. In addition, he said he’s heard that more of the sand that’s usually used for jar production is going into concrete production instead. Oram said he’ll work to restock supplies this winter and hopes the scarcity will not continue.

“We ordered them right away when we heard there might be a shortage,” Oram said. “We pretty much used up everything we had.”

Loretta Robertoy and her family have been operating Hyline Orchard north of Egg Harbor for 62 years. Her family placed its orders early, so despite the nationwide shortage of canning supplies, she said she believes the market acquired most of the jars and one-piece lids that were needed for this year and this winter’s canning work.

What about next year?

“We’ve got them ordered ahead,” Robertoy said. “We order out of Milwaukee. It’s getting scary. Just to be sure, we want to get another skid of quarts.”

But she doesn’t get upset simply by the prospect of difficulties.

“It don’t pay to worry,” Robertoy continued. “I thought we might be closed this summer when I heard about this coronavirus thing. I thought, ‘Oooh, what are we going to do for money?’ But as it turned out, we had the busiest summer we’ve had in a long time.

“So, it don’t pay to worry. Ask the good Lord above, and he’ll take care of it.”

If she couldn’t get the jars, is there another way to store the food for resale?

“I don’t know of another way,” she said. Freezing won’t work for traveling customers who don’t have coolers, “although we do sell a lot of frozen cherries.”

“That’s heat-treated, so it’s more safe,” Robertoy said. “Vacuum-sealed jars preserve food for about as long as you want to keep it. It’s vacuum-sealed. Nothing can get in there. When the jar was heated and cooked, everything was killed that was bad in there. It’s actually safer than frozen.”