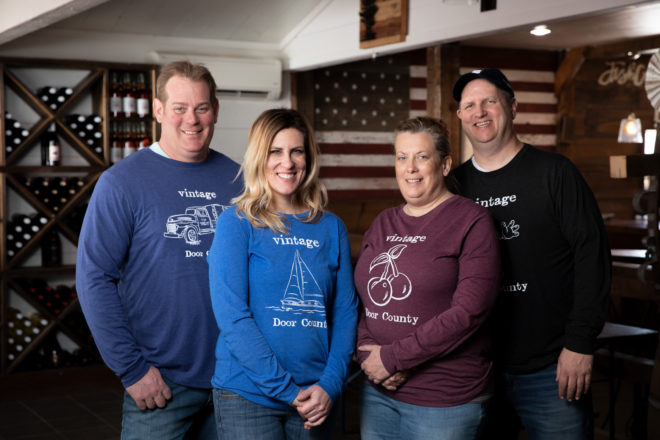 The owners of White Cottage Red Door, a Door County shop known for “everything cherry,” filed a constitutional challenge to the town of Gibraltar’s food-truck ban.

When the small business opened a food truck in its parking lot in the summer of 2017, the town board, chaired by a local brick-and-mortar restaurant owner, promptly banned all businesses on wheels. After formally warning the town board earlier this year that its ban is unconstitutional and illegal, White Cottage Red Door filed suit in Door County Circuit Court.

“White Cottage Red Door just wants to sell burgers and barbecue on its own property,” said Milad Emam, an attorney with the Institute for Justice (IJ), a nonprofit libertarian public interest law firm that was founded in 1991 with seed money from billionaire Charles Koch. IJ represents White Cottage Red Door.

Emam went on to say that the town is protecting special interests from competition.

“That’s not just wrong, it is unconstitutional,” Emam said. “The Wisconsin Constitution prohibits governments from picking winners and losers.”

Gibraltar Town Chair Dick Skare said the town is considering its response to the lawsuit.

Chris Hadraba, one of White Cottage Red Door’s owners, spent years making burgers at a restaurant in Florida. He and his co-owners thought they should use Hadraba’s talents to supplement their business’s income. They purchased a truck, earned a state mobile-restaurant license and county zoning permit and then opened in the summer of 2017.

Their first customer was Gibraltar’s town constable, who told Hadraba that the truck was illegal. But the constable was wrong – the truck had all the authorization it needed to operate on its owners’ property.

When the town board found that out, it tried to convince Door County’s zoning department to revoke the truck’s permit. The county refused, so the town board updated a 1982 ordinance to ban all sales on wheels. Fines for violating the ordinance can reach $500 per day. Since they could not risk these fines, White Cottage Red Door’s owners had no choice but to sell their food truck.

“All we wanted to do was offer residents and visitors another option for good food in Fish Creek,” Hadraba said. “And we carefully followed all of the state’s and county’s rules. When we do win our lawsuit, we will purchase another truck so that I can once again use my cooking talents to support my family.”

“Sadly, the Gibraltar Town Board is just one of many local governing bodies that see food truck entrepreneurs as a threat instead of an opportunity,” said IJ Senior Attorney Robert Frommer. “If this small town board in Door County can use its power for naked protectionism, then entrepreneurs across the state are at risk. White Cottage Red Door is not just fighting for its own rights, but for those of other Wisconsinites who see opening a food truck as a viable path to prosperity.”

IJ has litigated five cases that have gone to the U.S. Supreme Court, and won four of those cases.