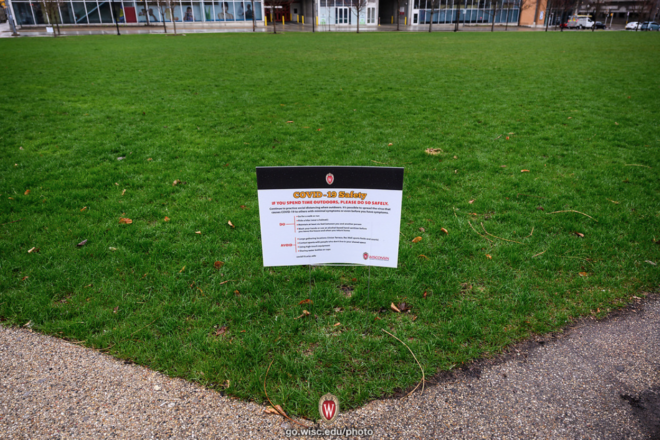 UW-Madison is working to plan a safe reopening for the fall. Photo by Jeff Miller / UW-Madison.

Gibraltar senior Mara Packard knew that she would be a perfect fit for Lawrence University in Appleton because of its small, tight-knit academic community. She had received scholarships and financial aid that would cover the majority of her tuition and was eager to move into Lawrence’s campus dorms in the fall. However, after facing the likelihood of having to participate in online classes only, she realized the incentives that Lawrence had offered relied too much on her presence on campus.

“Simply put, the pandemic made me consider why I wanted to go to Lawrence,” Packard said. “It was for the experiences that I would get being face to face with my professors at such a small school. Without that, I wasn’t sure it was the best option for me.”

She decided to opt for the much larger UW-Madison because the education there wasn’t so heavily reliant on her presence on campus, and the lower tuition cost would be more financially feasible, given the possibility that students wouldn’t be on campus.

Packard is not alone in rethinking her investment in a pricey education when online classes may be the only safe option for college in the fall.

Gibraltar senior Stella Kersebet had her eye on the Colorado School of Mines, a small, public research university in Golden, Colorado. She knew she would thrive at the School of Mines because of its academic rigor and strength in science and engineering, but she couldn’t commit.

“I didn’t want to risk paying so much to end up having to take my classes online,” Kersebet said. “Also, with the pandemic, my school fund considerably decreased because of the stock market, so I chose a route with less of a financial burden.”

Students aren’t the only ones facing difficult decisions. College and university administrators have been forced to consider how much of the curriculum should be available remotely come fall, while also giving students the small-class discussions that foster learning and connections.

Many colleges have been sending out their options for reopening based on the CDC guidelines released last week. Some don’t anticipate making a decision until well into the summer, saying now is too soon to make the call.

“Next year, we will likely be offering some hybrid mix of educational offerings,” said UW-Madison Chancellor Rebecca Blank. “Larger lectures will almost surely be offered remotely, but we hope to offer face-to-face section meetings for students who can attend.”

Blank said the decision would be made by the end of July, meaning students won’t know what their fall semester will look like until just weeks before they begin packing their bags – or not.

On the other hand, private liberal arts school Beloit College moved quickly to break its fall semester into two modules in which students take two courses each to allow flexibility in case of continued closures.

In a letter to students, President Scott Bierman said that instead of a typical course load of four simultaneous courses over 15 weeks, students will take two courses prior to fall break and two courses after fall break.

“We believe that the flexibility of the modular approach allows you to plan now for your fall semester with an expectation of less disruption to your educational experience, whether it is happening on-campus or off-campus,” Bierman wrote.

Although four-year colleges are working to plan safe reopenings, several community and technical colleges have announced they will remain mostly virtual. Many of these are commuter colleges, so they won’t be losing the significant revenue that four-year institutions may lose in the form of housing, food services and parking fees.

Madison Area Technical College President Jack Daniels said his “best guess” for the fall semester is that 70 percent of courses will remain online, in contrast to the 40 percent of classes that are regularly offered online.

Northeast Wisconsin Technical College announced Tuesday that it plans to have students on campus at least one day per week, but the majority of classes will take place remotely.

What do students want?

A survey conducted by Niche, a website for prospective college students, found that students overwhelmingly favored in-person classes in the fall versus online learning only. The survey allowed 10,000 students nationwide to express their feelings about 10 potential options for how their education would look this fall.

Locally, Gibraltar senior Brandon Stillman has committed to Arizona State University in Phoenix, a school that has been outspoken about its plans to have in-person classes in the fall.

“I’m excited to start my college experience at Arizona State,” Stillman said. “I believe that the necessary safety precautions will be in place to enjoy an on-campus experience.”