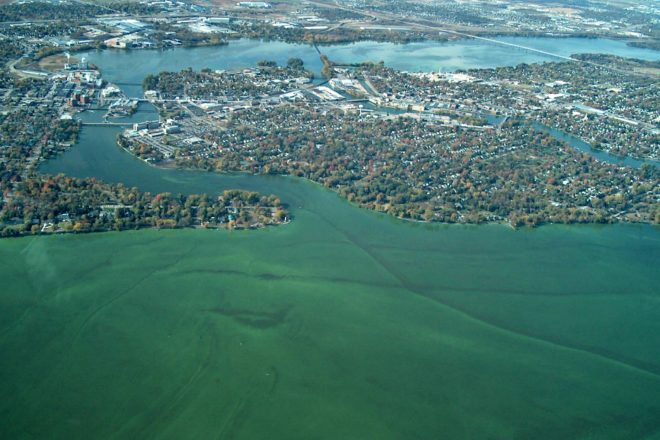 The blue-green algal waters of Lake Winnebago off the city of Neenah. Photo by Ann Schell/University of Wisconsin Sea Grant Institute. 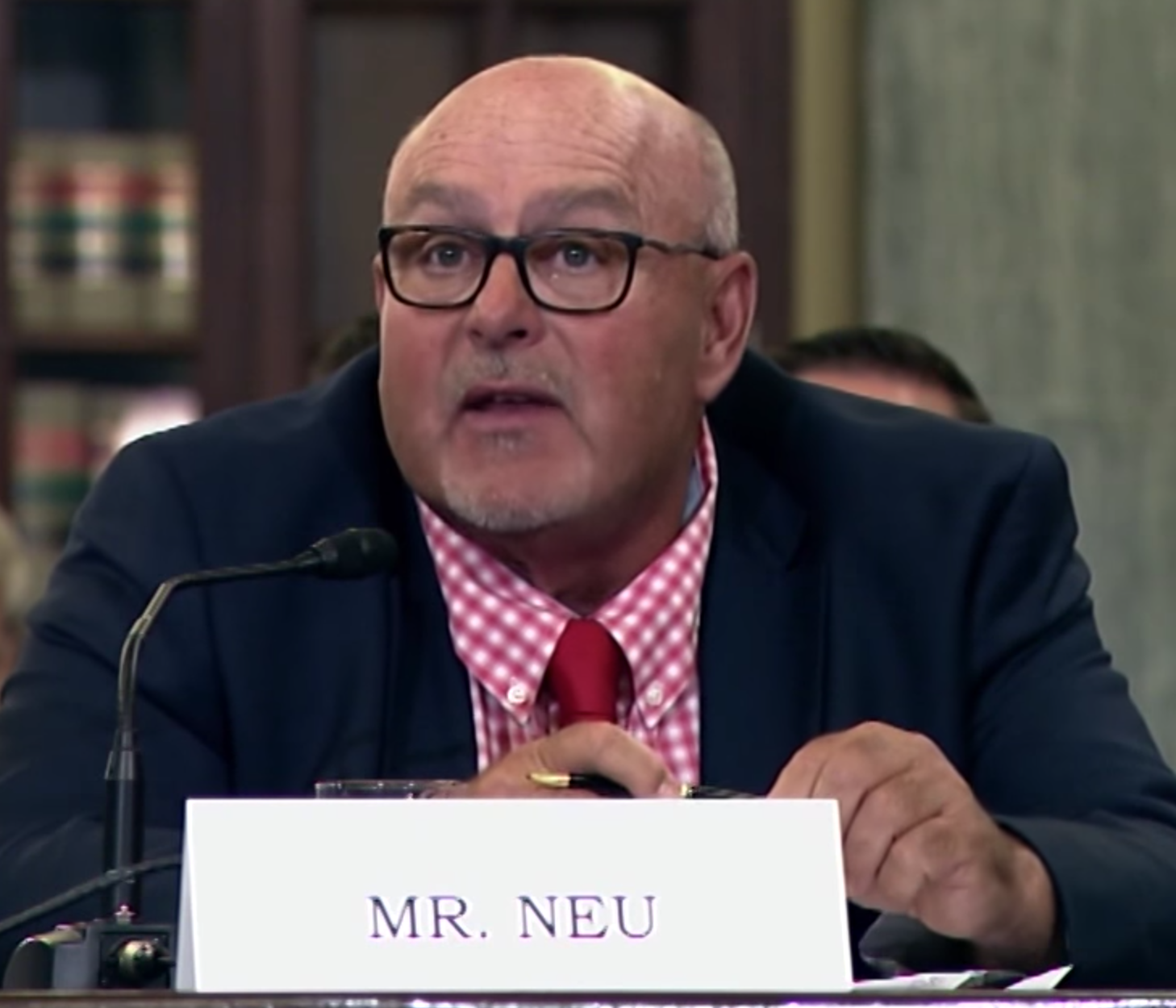 A Senate subcommittee called upon a Forestville man to testify at an Aug. 28 hearing regarding the effects of the human footprint on our water resources.

The Commerce subcommittee on Oceans, Atmosphere, Fisheries & Coast Guard convened to discuss the impacts of harmful algae blooms (HABs) in Alaska, Florida and the Great Lakes.

Sen. Tammy Baldwin is a member of the subcommittee. At the hearing she referred to once blue Wisconsin lakes that now look like “green pea soup” and that her home county, Dane, had 160 days of beach closings this year.

Baldwin’s office contacted the American Sportfishing Association, based in Washington, D.C, to find a sport fisherperson to talk about the harmful effects of algal blooms to that industry. They directed her staff to Patrick Neu, executive director of the 1,300-member National Professional Anglers Association, who has served in that capacity since 2010 and runs the organization from his home in Forestville.

The day after his visit to the nation’s capital, Neu told the Pulse that his trip was “short and productive, I believe.” Plus on his flight back to Wisconsin, he also got to talk issues with Wisconsin’s other U.S. Senator, Ron Johnson, who took the seat next to Neu on the flight home.

Neu said he felt honored to be chosen to bring an angler’s perspective to problems in our aquatic resources.

Neu points out that there is a very good reason the bay of Green Bay is known by that name. He speculates that Europeans arrived in the summer during an algae bloom that turned the bay’s water greens.

As a Madison native, Neu told the panel that he grew up with algal blooms in that city’s lakes, just as people along the shores of Lake Winnebago have grown to expect algal blooms every summer.

The problem, he said, is that the blooms have grown worse.

“Nutrient loading because of human use of land is the problem,” he said. “It’s not one source. We all play a part in it with our human footprint. There are many different sources adding to the nutrient loading coming into the bodies of water that weren’t there before. The blooms are becoming worse and the duration is longer. From a long-term perspective, we need to address this. Quite frankly, I believe we need to address it now in a pretty aggressive manner.”

Despite the deep political divides that exist in the country, Neu said he is confident this is one issue where bipartisan support can be marshalled.

He thinks it would happen even faster if the nation’s 49 million anglers teamed up with various conservation organizations throughout the country with a single voice to address the problem of nutrient loading in our water resources.

He points out that there are only 18 million hunters and gun enthusiasts in the country, yet the NRA has one of the most powerful lobbies in the nation.

“Eighteen million is a big number, but there are 49 million anglers,” he said.

The problem, he said, is that anglers are factionalized into many subgroups – bass anglers, trout anglers, fly fishermen vs. tackle.

“We don’t speak with one voice,” he said.

Going forward, Neu would like to see anglers team up with conservation partners to address this issue.

“Get everyone under one umbrella, to speak with one voice,” he said. “Do you realize how big that voice would be?”