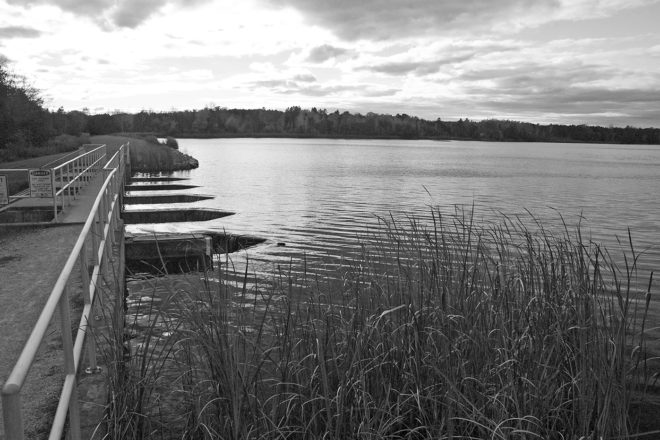 Earlier this month two county committees met in joint session and unanimously approved the idea of a two-year drawdown of the Forestville Millpond as the best solution for improving water quality and eliminating invasive species of both the plant and piscatory kind.

The idea is to do a gradual drawdown, which in theory should compact sediment and allow the return of native plants as the invasive plants dry up and die. It would also have an impact on the fish population, with the hope of decimating the overpopulated invasive common carp population.

But Forestville Village President Terry McNulty said he would like to see examples of where this has been done elsewhere to positive effect.

“A drawdown of two years, I don’t think that ever was an option presented,” McNulty said. “To leave that open, the very first thing that is going to come in there is the invasive species, the phragmites and weeds. The bed of that will never get the sunlight to dry it up hard like a concrete surface, like they think is going to happen. I just see it turning into a big marsh. That doesn’t preserve the property values of people who bought property along the pond. There’s just lots of questions. Where else have they done it and was it successful?”

He also thinks the county did not take into consideration that the Southern Door Fire Department uses the millpond to fill its tanks.

“I guess they didn’t think about that, but that’s our fill point,” he said.

McNulty said Forestville Town Chair Roy Englebert, who also serves as a county supervisor, made a presentation to the village with members of the county Soil and Water Department — the same public presentation held at the Forestville Town Hall in Maplewood on Dec. 19 (after this issue’s press time).

“It was a pretty in-depth presentation,” he said. “One of the options was to do nothing. They said that what’s happening at the millpond isn’t much different than other shallow ponds around the state.”

McNulty said he believes some county board members don’t understand how many people use the millpond for recreation, whether to boat or fish, and thinks some were hoping to return the manmade millpond, which is actually part of the Ahnapee River, to its natural state when it ordered an early inspection of the dam last fall. The dam’s next inspection was scheduled for 2020.

“The county board ordered this study of the dam,” McNulty said. “Some of the board members really wanted that it would come back failing so they’d have a reason to take out the dam. But the report came back that the dam is in really good shape. The repairs are minor, chipped concrete. Their disappointment is that the dam is going to last another 50 years.”

At the Dec. 18 county board meeting, County Conservationist Erin Hanson briefed the board on the drawdown plans, explaining that a group of experts, local officials and stakeholders had met in August and September to discuss the various management options, along with the updated dam report, and decided the two-year drawdown is the best option.

“We really think that we will see some changes that will improve conditions in the millpond,” she said.

She said another joint meeting of the Land Conservation and Facilities & Parks Committee in January will finalize the plan.