Town of Forestville officials were issued with citation booklets at the June 20 town board meeting. The citations are to be issued to trucks carrying more than 48,000 pounds on the town’s four Class B roads.

On Class B roads, haulers can carry only 60 percent of the maximum weight of 80,000 pounds allowed on Class A roads.

“I hope we never use this book and it sits in our car,” said town chair Roy Englebert, but added that the town has to take action against overweight haulers taking shortcuts on town roads and destroying those roads without any reprisal. 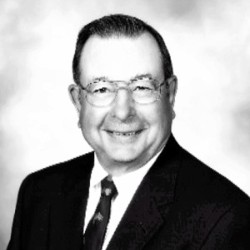 A first offense carries a fine of $767.50, $500 of which goes to the town. The rest is used to cover all the other costs associated with a court case.

“If it goes to trial, then we hire an attorney. That’s what we’re willing to do. This is very serious,” Englebert said.

He added that the damage to roads by these haulers has become a crisis for the village, with some roads damaged beyond the town’s budget. “We won’t touch them until they go to gravel, and then decide what to do,” he said.

He said the town has worked for about a year and half to make this happen, and he has talked with various law enforcement officials to get the information on what town officials must do if they have stopped a suspected overweight truck. The first call should be to the Wisconsin State Patrol because they carry scales with them. If the state patrol is not able to respond, then the Door County Sheriff’s Department should be notified. He added that if the trucker admits his truck is overweight, the citation is issued with a court date for the trucker to appear. If the trucker claims he is under the weight limit, then everyone has to drive to a scale to weigh the truck.

Town Treasurer Dena Schmidt said the town could use the truck scale at her family’s farm, Jerseyland Dairy.

The board also voted to award four road projects to the Door County Highway Department for a total of $104,865. Although the county’s bid was $17,424 more than the only other bid submitted, the other bidder did not include a more expensive process called wedging for one of the roads, even though the company told the town it was a required process for that road.

“We got a proper response from the county. I make a motion we accept the county bid,” said town supervisor Larry Huber. “We’re getting everything we ask and I like the vendor.”

Dan Powers of United to Amend-Door County made a presentation to the board on the 2010 Supreme Court’s Citizen United decision, which recognized campaign contributions from corporations, unions and SuperPACs as free speech.

Powers said a nonpartisan movement is under way for a Constitutional amendment to limit the political contributions of those entities.

Powers has been visiting municipalities throughout the county to get them to support the idea through resolution in order to get our elected representatives on board to advance the idea in Madison.

“The reason I’m coming to towns with this is to build the political pressure, or the political cover, for Rep. Joel Kitchens and Sen. Frank Lasee to stand up in the Wisconsin Legislature and make this an issue,” he said.

The board members said they would like to do further research on the issue before committing to a vote.