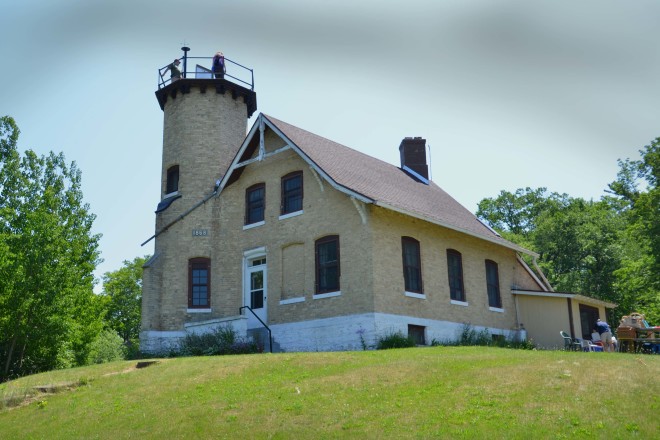 In 1860, one organized town in Door County had a population of 46 whose voters, according to Door County historian Hjalmar Holand, “gathered once a year in solemn concave to discuss the needs of the roads and bridges, distribute political honors and damn the state tax.”

It had a full array of state officers with no less than three justices of the peace, a town constable and even a Sealer of Weights and Measure. It had a public school and a post office, farms, orchards, livestock, a sawmill and a shipbuilding plant. It had a sewing circle, frequent tea parties and occasional religious services. Can you guess the town this describes?

If you guessed any place other than Chambers Island, you’d be mistaken. 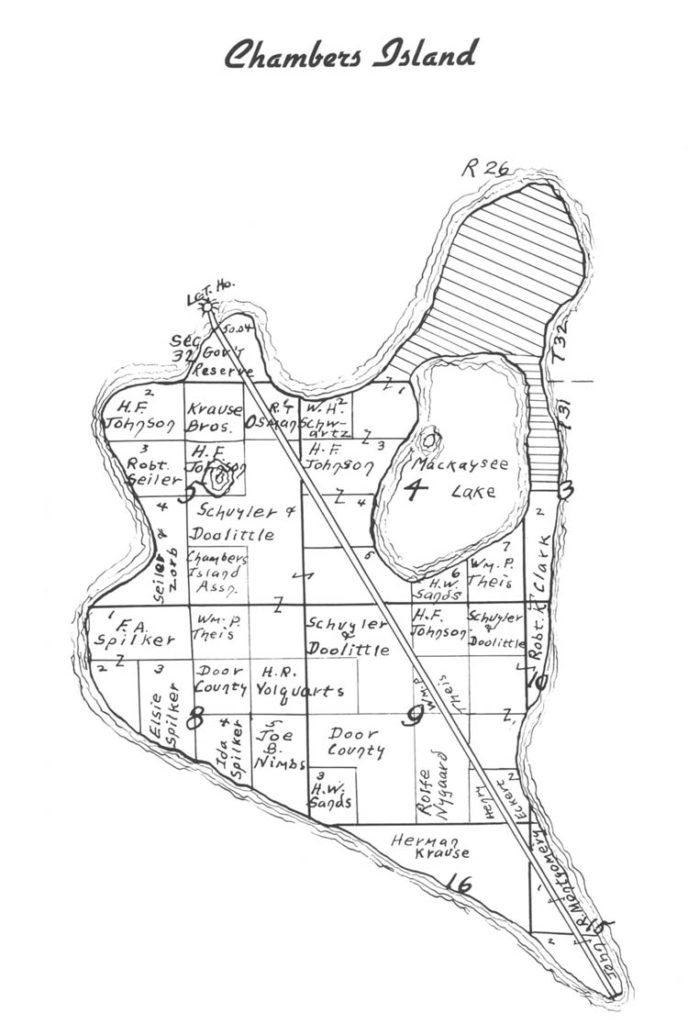 A plat map of Chambers Island from 1937.

The island, 3.5 miles long and 1.5 miles wide, lies in Green Bay about seven miles off the mainland, with Fish Creek as the closest community.

Mary Ann Blahnik and her husband, Joel, have served as volunteer caretakers of the Chambers Island Lighthouse for more than 40 years.

The Blahniks’ interest in the island grew out of Joel’s job in the 1950s as captain of the Ephraim Excursion Boat. His twice-weekly excursions to the island included brown bag lunches from Al Johnson’s Swedish Restaurant and a narrated bus tour. In 1976, Joel closed his charter fishing business and became captain of the Quo Vadis, which for 28 years took people to the Holy Name Retreat House on the island. That was also the year the lighthouse was transferred by the U.S. government to the Town of Gibraltar, and the Blahnik family, including three children and a dog, became summer residents of the lighthouse.

Today, the island has its own CIA (Chambers Island Association) that holds an annual meeting and picnic at the lighthouse the first weekend in August. There’s a chili cook-off in September, garage floor pourings (in the manner of old-fashioned barn raisings), weddings, baptisms and square dances with participants from eight to 80, led by retired physical education teacher Carol Kennedy.

Mary Ann invites mainlanders and tourists to “stop by when you’re in the neighborhood.” 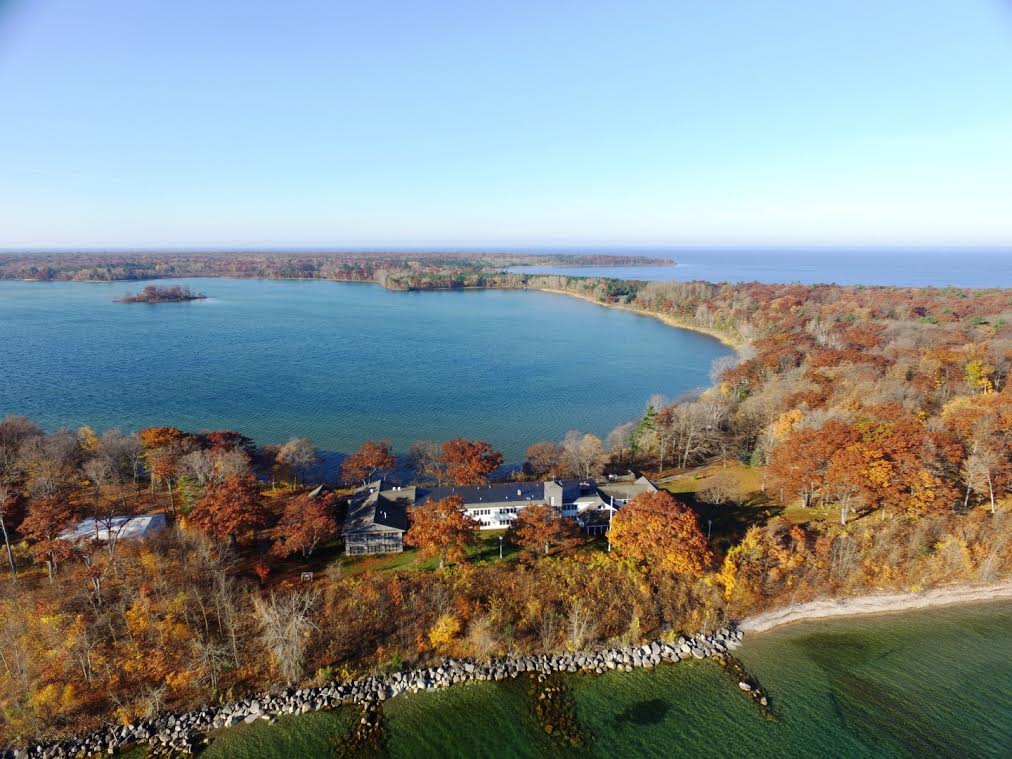 1867:  U.S. government purchases a 40-acre peninsula on the northwest side of the island for the light.

1868:  Materials are brought to the island and the light is built. Eagle Bluff Lighthouse is also built this year. Lewis S. Williams is appointed the first keeper.

1889:  Peter Knudsen is appointed as the new keeper.

1891:  Charles E. Young is appointed as the new keeper. A well is driven and topped with a windmill so that water could be pumped into a tank where it could be used for domestic purposes.

1895:  Soren Christianson is appointed as the new keeper.

1898:  A brick oil house and summer kitchen is built. The windmill and water tank are taken down.

1900:  Joseph Napeizinski is appointed as the new keeper.

1941:  Theodore B. Jacobsen is appointed as the new keeper.

1947:  A marker radio beacon is established on the island.

1961:  The Coast Guard automates the light to save money and erected a steel tower.

1976:  The Coast Guard transferred the station to the Town of Gibraltar. Mary Ann and Joel Blahnik now serve as caretakers.

Much of this information came from a presentation Mary Ann Blahnik presented at a meeting of the Door County Historical Society earlier this year.