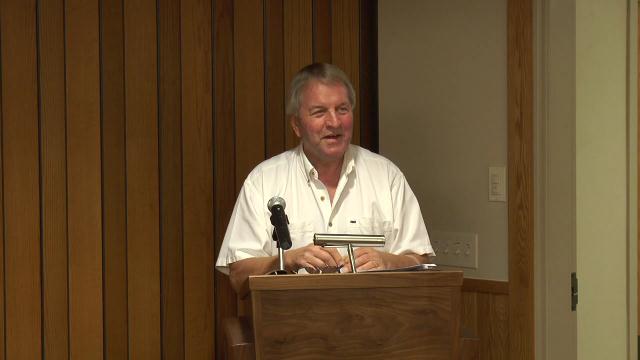 Former colleagues of Leo Zipperer expressed shock and surprise upon learning of his death on Feb. 4, just two weeks short of his 78th birthday. He died at his winter home in Palmetto, Fla., but he leaves a tall shadow in Door County and the Town of Sevastopol.

“I had no idea he was sick,” said Dan Woelfel, who replaced Zipperer as chair of the Sevastopol Town Board when Zipperer retired in 2017. “We just traded some texts just a few days before I found out he passed away. We saw him a few times in the fall before he headed south. He just didn’t look like himself. He had diabetes, and as you get older, diabetes plays a larger role in your life, but I wasn’t expecting this.”

“It’s really sad. He just retired three years ago,” said Linda Wait, who served as town clerk/treasurer when Zipperer chaired the Sevastopol Town Board. In fact, he encouraged her to apply for the town clerk position, and upon her retirement from that job, he encouraged her to run for the Door County Board of Supervisors, a race she won. As Zipperer did, Wait serves on the Sevastopol Town Board as well.

“He was my mentor,” Wait said. “I have the utmost respect for the man. Being on the county board and town board – decisions that you have to make, taking into consideration the emotions of your constituents – you have to look at the whole picture. I really enjoyed working with him for more than 20 years. He was pretty intimidating at first. He was a pretty big man back then. We started working together and just got along fantastically. I respected him, and I think he respected me. We just had a great working relationship.”

“Us oldies up here probably ran into him on the road. I’m sure lots of people have lots of memories of Leo,” she said.

Zipperer served for 28 years on the Door County Board of Supervisors, beginning in 1974, and was elected chair of that board three times. When a county-board recall election was organized in 2002 regarding the decision to build a $25 million Justice Center, Zipperer was one of those who lost his seat and said he would not run again. “I can take a message,” he said at the time. But return he did, serving once again as chair of the board from 2008 to 2012, when Dan Austad replaced him.

“I was at 10,000 meetings with him,” Austad said. “I think in my generation, he is one of the most influential people in the county. He really did a good job and got a lot of stuff done. He was always very dedicated to his work. When you came to a meeting, he was very thoroughly versed. He knew what was happening. He was very progressive, I have to say. There were certain issues we didn’t agree on, but we were pretty much on the same page. I can’t say anything but good about him. A lot of stuff happened because he was part of it.”

Waits said Zipperer wasn’t afraid to get his hands dirty with town business.

“It was not unusual to see him out in the field doing work for the town,” she said. “Leo would be out there straightening stop signs, replacing street signs, up on the ladder or on the back of his pickup.”

She mentioned his leadership in spearheading the building of the Sevastopol Town Hall, which replaced a mobile home behind Sevastopol School and was dedicated during the town’s sesquicentennial in 2009.

“The board pretty much agreed that Sevastopol – the largest municipality other than the city – should have a presence,” she said. “We paid a hefty price for it but now have a beautiful town hall.”

Zipperer made Woelfel chair of the ad hoc committee that worked on the town hall project.

“It was through his efforts we got it accomplished,” he said. “He gave me a lot of latitude.”

Woelfel also used the word “progressive” to describe the actions of the town under Zipperer’s leadership, mentioning a town newsletter, website (“one of the first towns that did that”) and the town TV station.

“We did a lot of innovative and progressive things to keep people in the town more informed about what’s going on,” Woelfel said. “He was a robust, energetic guy, pretty strong-willed in terms of what he wanted to accomplish. I enjoyed working with him for 10 or 12 years as a supervisor. We accomplished a lot of stuff. I attribute it to his strengths. It was an interesting and fun time. He was a good leader, and I’ll miss him. I consulted with him periodically. I’d give him a call and ask how he would handle this. He was always open. It’s a loss from my perspective – for the town and the county.”

Huehns Funeral Home in Sturgeon Bay is making the funeral-service arrangements, which are pending. Expressions of sympathy, memories and photos of Zipperer can be shared with his family through his tribute page at huehnsfuneralhome.com.