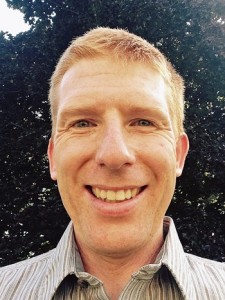 When Ben Meyer went from substitute teacher to being hired as a 4th grade teacher at Sunrise Elementary School in Sturgeon Bay for the coming school year, he thought he might still be able to fulfill his duties as county board supervisor for District 7 in Sturgeon Bay.

But he realized that “this first year of teaching is going to be wonderfully overwhelming and will take up a lot of my time,” he said. “The citizens of Door County deserve someone who can put a little more effort into it. I’m hoping they find someone excellent to do just that.”

Meyer did find that while serving as a substitute teacher during the 2014-15 school year it was hard to make the county board’s morning meetings.

“There is an unwritten rule that you really need to have time available during the day to be able to function on the county board. I would very much like to see that change,” Meyer said. “It’s one of those things that’s it’s always been that way. There’s not really a good reason for it. Meetings can be run more efficiently. They can happen less frequently and they can happen at times of day so people who have day jobs can attend and hopefully serve.”

At 38 and as the second youngest member of the board – Washington Island Supervisor Joel Gunnlaugsson is a couple months younger – Meyer was several decades younger than most of his colleagues on the county board.

“I would like to see a younger person step up. I think there’s a great opportunity for young adults to serve on the county board,” he said. “I think that perspective from the retired age is definitely well represented on the county board and is very valuable with the years of experience and the wisdom that comes with it. What we could use is some more of the movers and shakers, the business owners, the people whose kids are still in school. I think the young person’s perspective is needed.”

Meyer joined the county board in 2008, and at the same time was serving on the Sturgeon Bay Common Council.

“I got on the city council first and then the county board,” he said. “I got into local politics shortly after becoming a father and realizing that someone needs to look out for the interests of the next generation. I thought this was a way for me to do that.”

Meyer said his proudest moment serving on the board was being involved in the creation of the Door County Bicycle, Pedestrian and Recreational Facilities Master Plan.

“I and other members of the community, along with John Kolodziej [the county highway commissioner], and members of the Planning Dept., we got together and wrote the grant to get that rolling and have shepherded that through, and now it’s officially adopted,” he said. “Over the next 10, 20 years, I’m looking forward to seeing that plan implemented as county roads come up for reconstruction.”

He is also proud to be a part of a county board that went to electronic agenda packages rather than huge packets of paper for all 21 members.

“We were kind of pioneers in the world of Wisconsin county government to use tablets,” he said. “I distinctly remember being a part of a meeting where we calculated the cost savings of not using paper for our meeting packets. It was very clear after making those simple calculations that these tablet computers really will save taxpayers’ money.”

But he believes the county could do even more. “The county uses more paper than it needs to, which delays the speed at which we do business,” Meyer said.

Asked what advice he might give his successor, Meyer said that person should get to know county government operations.

“I would advise them to meet with the department heads and get to know what each department does,” he said. “Ask for tours and go on tours. And really get to the bottom of what the county does. We do a lot of different things that aren’t very visible to the public.”

Meyer was the second supervisor to resign from the county board this month. Former District 18 Supervisor Holly Runquist submitted her resignation effective Aug. 7. She was one of three women on the 21-member board. The county is accepting applications for the District 7 and 18 supervisor positions through 4 pm on Aug. 28. Submit a letter of interest to County Board Chair Dan Austad, c/o of the County Administrator, 421 Nebraska St., Sturgeon Bay, WI 54235, or email to [email protected]. The successful nominee will serve to April 18, 2016.