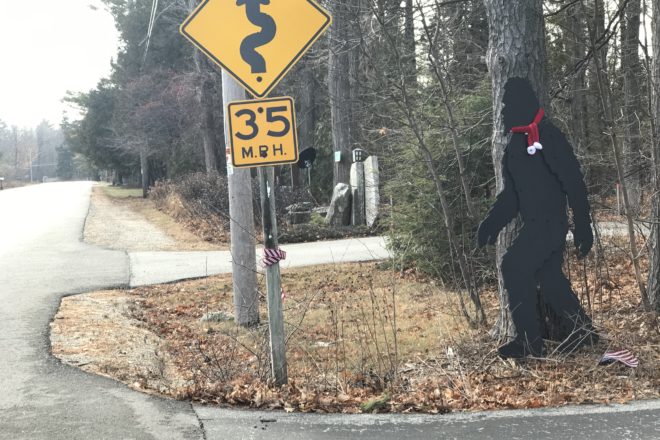 Bigfoot – sporting some holiday cheer, no less – was spotted heading east from the western side of the peninsula. The Bigfoot Field Researchers Organization, which tracks sightings across the country, lists 99 sightings of the hairy cryptid in Wisconsin since the 1970s, but only one of those – so far – has come from Door County: A Forestville woman reported an encounter in April 2003. Remain vigilant on your squatch watch, and if you’ve had a sighting in the Door, let us know. Photo by D.A. Fitzgerald.