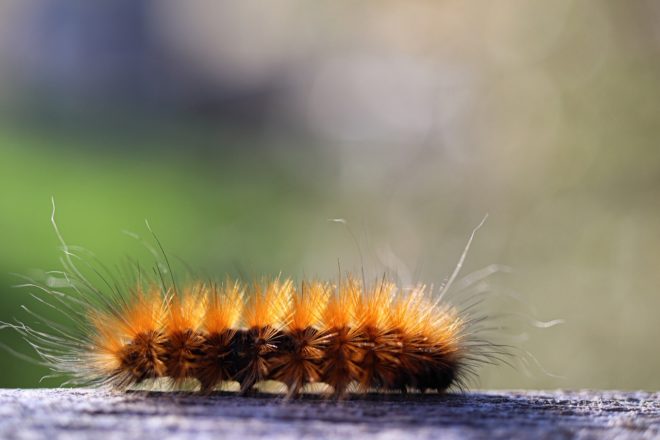 There’s a belief in folklore that the amount of black on the woolly bear caterpillar in the fall varies proportionately with the severity of the coming winter in the locale where the caterpillar resides. Thus, the longer the woolly bear’s black bands, the longer, colder, snowier and more severe the winter will be. Conversely, a wider middle brown band is associated with a milder winter ahead. Using this measurement, it looks as though we’re in for a mild winter season here in Door County. Photo by Kayla Larsen.