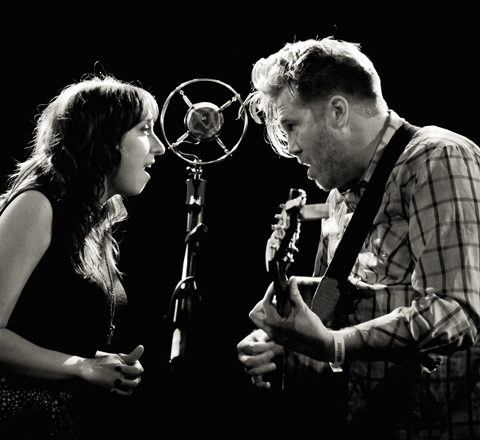 Freddy & Francine, an Americana-soul duo comprised of Bianca Caruso and Lee Ferris, will perform at the last concert of the winter season on April 18 at White Gull Inn in Fish Creek.

With voices reminiscent of Aretha Franklin and Van Morrison, the duo’s songs blend soul, R&B, folk, and Americana with a modern yet timeless appeal to all ages. Based in Los Angeles, Ferris and Caruso met in the 40th anniversary of a musical production of Hair in LA in 2007. As individuals, Caruso developed a comedy television show with ABC and Ferris racked up 500 performances as Carl Perkins in the Broadway musical Million Dollar Quartet.

An optional pre-concert fixed price dinner will be served at 6 pm. Tickets for the 8 pm performance are $20. The menu consists of hunter-style chicken with mushrooms, tomato and bacon; parsley buttered potatoes and vegetables; a mixed green salad; and key lime pie for dessert. For reservations call 920.868.3517.