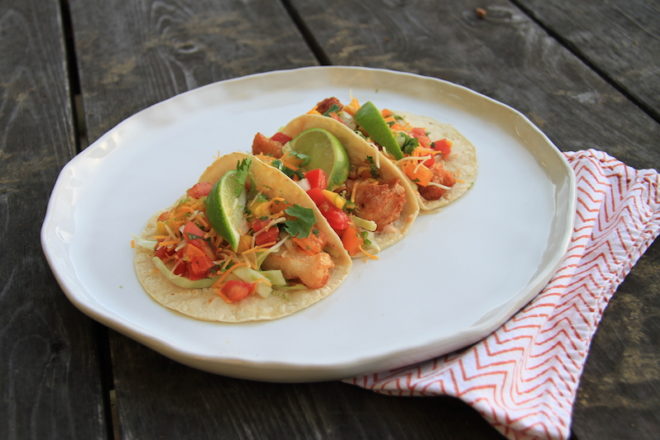 There is no fresher fish than the fish you get from Baileys Harbor Fish Company at around one o’clock or so in the afternoon six days a week from June through September. Each morning Monday through Saturday fishermen head out on the water from Wave Pointe Marina in Little Sturgeon Bay destined to bring in the day’s fresh catch. April through August, the fresh fish consists of native whitefish and perch. In fall, the fishing location switches to lakeside and focuses on harvesting the coveted whitefish roe, which satisfies a hungry Scandinavian market for the golden caviar.

Last week I drove the winding two miles down beautiful Ridges Road in Baileys Harbor to seek out the historic fish house. Four generations of Hickey brothers have run the fishing operation out of the same location at 8099 Ridges Road since 1967, and today you will see the future generation of boys already pitching in with as much as they can manage. The location has changed over the years; what once was an unassuming fish processing building now is fronted by a retail counter which serves the public Monday through Saturday, 8 am – 4:30 pm. 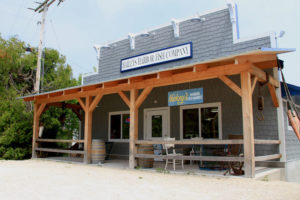 The space was renovated in 2016 to open up the processing area, add a storefront and front porch. The 2018 season will be the third season operating the storefront. The growing demand for public offerings made the addition a logical move, although the customer base is still mostly derived from word-of-mouth recommendations and long-time customers who have known the company as Hickey Brother Fisheries.

Stopping in after lunch, I was greeted by a local Valmy couple waiting to make their fish purchase. “Good timing! We know they usually come in around one,” said Greg Wentz, there with his wife Cathy. “That fish right there,” pointing to the first few whitefish to come off the truck, “is our fish we’re picking up for dinner.” The three whitefish fillets were expertly cleaned and packaged in a way that only thousands of hours of practice (and a family lineage of fishing) could produce. “Baked, with butter and lemon, that’s my favorite way to eat whitefish,” said Cathy when asked what the fillets were to become.

The retail selection ranges from fresh wild caught fish and smoked whitefish, lake trout and salmon, to a variety of frozen seafood, including perch, walleye, scallops, shrimp, Atlantic and Sockeye salmon, and whitefish in a variety of shapes and sizes – boil chunks for the traditional fish boil, single- and five-pack fillets, whole cleaned whitefish and taco strips. Customers are encouraged to call ahead to place orders for events or large gatherings and sport fishermen are also welcome to bring their own catch in for commercial quality processing.

Tate Stuth, brother-in-law to owner Todd Stuth, pointed out the free recipe cards offered to customers near the front door. I picked out the official Baileys Harbor Fish Company Fish Tacos recipe for the weekend, along with seasoning and marinade ideas. Tate’s preferred fish entrée is baked whitefish either seasoned with lemon and pepper or a dijon mustard and mayo combination, plus panko bread crumbs to finish. For the coming Father’s Day weekend, I decided to take home several packages of fresh frozen whitefish fillets pre-sliced to the perfect size for making fish tacos.

For my fish taco platter, I opted to go with beer batter fried whitefish (it was Father’s Day weekend after all) using a can of Founder’s Solid Gold lager. My pico de gallo got an upgrade with a bit of diced mango to offset the spice of fresh serranos. The whitefish strips were perfectly sized for my eight-inch corn tortillas and cooked quickly when deep fried. The subtle beer breading meshed perfectly with the lime doused pico de gallo and smokiness of the pink Chile mayo. A hint of whitefish flavor comes through in a way that completed a meal of fresh fish tacos on a summer evening.

Bread and fry fish, either traditionally or beer battered. While the fish is frying, warm the taco shells. Assemble the tacos and add toppings.

Mix ingredients together and enjoy.