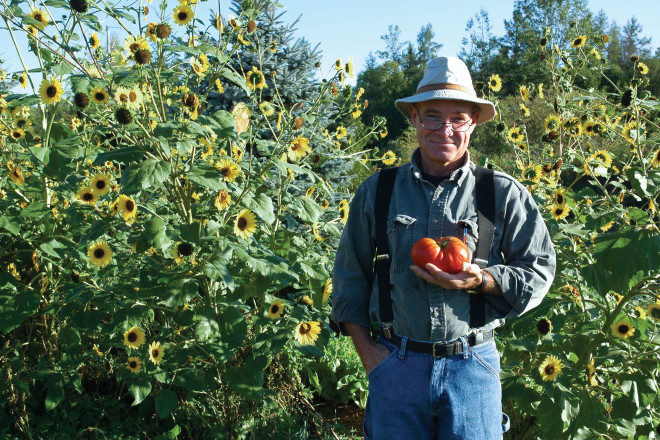 Meg Goettelman recently discovered that her great-grandfather was a gardening fanatic. “Maybe it’s in my DNA,” says Meg, which could explain why she and her husband Adam launched a CSA (Community Supported Agriculture) farm from their home in the Clay Banks area of Sturgeon Bay last summer. CSAs are a farming model in which community members pay a weekly fee to receive a “share” of the farm’s produce throughout the growing season. In Door County, the season begins in mid-June and continues through October. A weekly share consists of a three-quarter bushel box, and contents vary throughout the season. A June box might include spinach, radishes, greens, and wild ramps while October’s share is full of hardy winter squash, cauliflower, carrots, and parsnips. 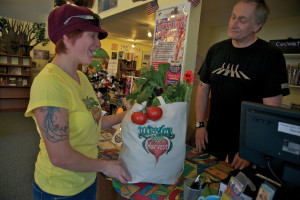 Meg began experimenting with raised beds 12 years ago, and her passion for gardening has grown steadily since. The mother of three young boys, Meg wanted her kids to “see how food grows.” When she and Adam heard a radio feature on CSAs during the winter of 2009, they looked at each other and said, “That’s it! That’s what we want to do.” They attended a course through the Agricultural Department at University of Wisconsin-Madison, invested in a tractor, and “got lucky and bought an old cooler” from a restaurant going out of business. They haven’t looked back since.

The CSA model is a win-win situation for farmers and customers alike, and it’s a growing phenomenon throughout the country. Of the 2,500 CSAs listed on a comprehensive national database, almost 900 opened for business in the last three years.

Unlike growers who sell to restaurants or hock their wares at farmer’s markets, CSAs can count on a predictable income throughout the season. Once a CSA has sold its subscriptions for the summer, farmers can focus their efforts on the hard work of planting, growing, and harvesting. Customers pay upfront to support the cost of seed, equipment, and labor. In exchange, they are entitled to a share of the farm’s bounty as well as a share of the risk.

For the customer, membership in a CSA provides access to fresh vegetables and fruits, usually grown without chemical pesticides and exempt from the costly shipping expense of most grocery store produce. For many customers, part of the appeal is being able to connect personally with their local growers. The customers of Steep Creek Farm, Meg’s Farm, are enthusiastic, sharing recipes with her to print in the farm’s weekly newsletter. One woman even took color photographs of each box she received throughout the summer to document a season’s worth of local eating. A few members even barter their own labor to pay for part of their weekly share. 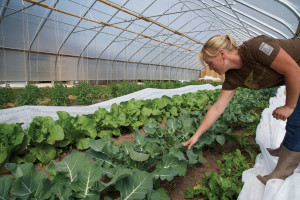 Last summer, Steep Creek Farm grew 20 full shares of produce, and served 33 families. Like the other CSAs in the county, they offer different sized shares for singles, small families, and larger clans. This year, they’ve increased their growing capacity to 40 full shares, thanks to a new hoophouse and expanded planting space. Their clientele is a diverse bunch:  families with small children, sustainably thinking people, and, according to Meg, “folks who would really love to garden but don’t have the time.” Steep Creek customers visit the farm to pick up their produce, or they can get it at a pick-up site in Sturgeon Bay.

Farming, like all work, has its challenges. “I can look out my back window and think, ‘I have to get out there and weed.’” And, of course, Meg and Adam have learned from their mistakes. “Now I know I don’t need 300 row feet of beans,” laughs Meg. The rewards, however, are enormous. Meg’s proudest moments are when she hears her sons telling their friends, “We have a big garden. You should come. I will give you cucumbers!”

In northern Door County, two more CSAs have recently taken root. Corinne Lea, owner of Door to Door Local Harvest, describes her CSA as having a “local food distribution” focus, rather than a strict farm-to-consumer model. No stranger to Door County business, Corinne used to run the venerable shop Sweetie Pies. Her CSA is now in its second season, and she makes personal deliveries to all of her customers, knowing “how busy people are up north in the summertime.” Although Corinne grows plenty of her own produce at garden plots in Southern Door, she also trades surplus crops with other growers in the county and sources their products to her clientele. Shareholders in Corinne’s CSA can “add on” local eggs, bread, fruit, berries, and flowers from various local producers.

Corrine is passionate about the possibilities for a sustainable Door County. “Being part of a CSA is a stepping stone to learning more about your area’s growing season and introducing a more sustainable way of life to you and your family,” she says. 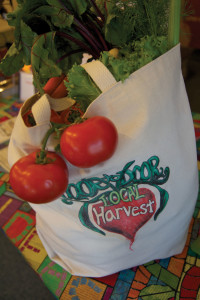 Carmon Mabrey of Jacksonport began his CSA this summer. After several years of selling his produce to restaurants and through a local “green” grocery store, Carmon was ready to do less marketing and more farming. He’ll distribute his shares through Greens N’ Grains, a natural foods store in Egg Harbor. “It’s just me,” says Carmon, who enjoys working on his own and admits that he loves being on his hands and knees. He’s planting enough seed to produce 40 shares, which is “just about the right size for me.” Like Corrine and Meg, he is a lifelong gardener who began learning his trade as a boy from his Appalachian grandparents.

Carmon isn’t sure what has brought people back around to wanting local, seasonal produce, but he’s grateful that they do. “Maybe people just want something real,” he ponders. “There’s not much that’s real these days.”

Membership in Door County’s CSAs ranges from $500 to $600 for about 20 weeks of full weekly shares, and about half that for a bi-weekly share. CSA customers believe that the benefits of receiving fresh, naturally-grown food is well worth the cost. In a nation where most of our food travels over 1,000 miles to reach grocery stores, and where the cost of transportation is skyrocketing, buying locally is a choice that makes both nutritional and economic sense for many.

All three of these CSA farms in Door County are, no doubt, benefiting from the surging interest in locally-produced foods and a sustainable lifestyle. While all three are diverse in their business models, the farmers running them share a commitment to growing quality food and a deep love for being in the garden. “I get to work outside doing what I’m passionate about, and then I get to share with people, and they’re so happy!” says Meg. If growing vegetables isn’t in your DNA, get in touch with a CSA and let your palate reap the benefits. 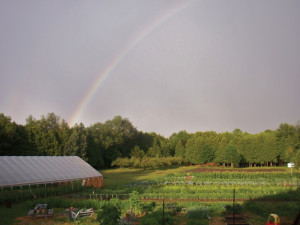 Place the bread in a large salad bowl. Add the tomatoes, garlic, and herbs and toss to mix. Pour in the vinegar and oil and toss again. Season with salt and pepper and let stand at room temperature for 15 minutes so flavors can blend.