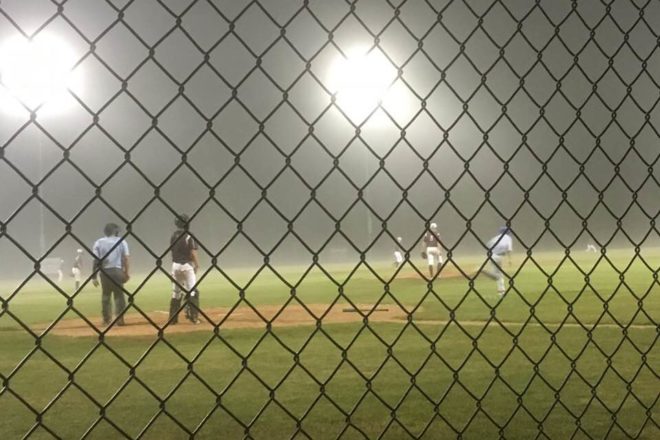 Friday-night lights: a rite of passage for high school football in Texas for years before becoming a staple for high school teams all over the nation. You can go to almost any high school on an autumn Friday night to catch a football game under the stars, and over the years, the tradition has even inspired a movie and television series.

One thing that was not synonymous with Friday-night lights was Door County League (DCL) Baseball.

Since the league began, games have been played on Sunday afternoons under the bright light of the sun. On occasion, you might have seen a makeup game, All-Star game or exhibition game played at Sturgeon Bay’s Memorial Field, but that was very rare.

The first game played under the lights in Institute was the 2001 DCL All-Star game, and each year after, a team or two would agree to play a Friday-night game there against the hometown Institute Cubs. Jacksonport once even held one of its own home games there, and it was a very lucrative night. Baileys Harbor began playing night games in 2007 with its first opponent being – you guessed it – the Cubs.

“Friday-night games have always been something I look forward to every summer,” said Cubs manager Kyle Volkmann. “In my opinion, the Friday-night atmosphere is something special. The fan turnout is usually far greater than on Sundays.

“Fans and players of other teams also get the chance to come watch other teams within the league play, and vice versa for the teams that play that Friday night. Friday nights also give players and fans the opportunity to enjoy a night out after the game without having to worry about a dreaded Monday work day the next day.”

Friday nights have become a staple for Institute, and this year is no different because six of its seven opponents this season have agreed to play then. The A’s will host three Friday-night games as well.

Night games have changed the landscape of local baseball, and although old-schoolers still favor Sunday-afternoon games, Door County League baseball under the lights looks like it’s here to stay.