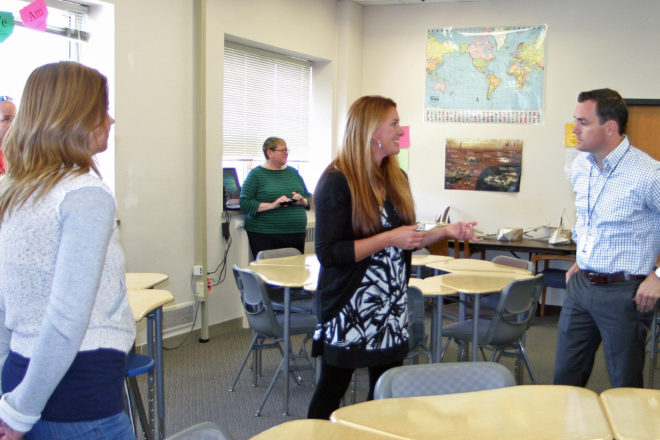 U.S. Rep. Mike Gallagher had a great answer when asked after an in-depth tour of the Boys & Girls Club in Sturgeon Bay what people here want to know from him about the chaos in Washington.

“Beyond what happens on Twitter, the sentiment I hear from most people is, we want you guys to work together and get some stuff done,” he said. “Now we can have a debate about what that means, but I do think people are tired of the constant political theater and the constant political battles. They want us to roll up our sleeves and go to work like the people at the Boys & Girls Club every day.”

Gallagher’s Aug. 25 tour of the building was provided by Boys & Girls Club Executive Director Julie Davis, who explained to Gallagher upon his arrival that she came to the club from workforce development, “So when I came here, I said we’re not going to string beads on necklaces. Anyone can do that.”

No, she set her sights on introducing kids to future job skills and opportunities, creating a homework club for those who need help, and building a STEM lab in order, she said, “to really bring kids up to the point where they have a platform to build on despite their socio-economic background.”

The idea, Davis said, is to “invest in the kids who are staying in our community.” 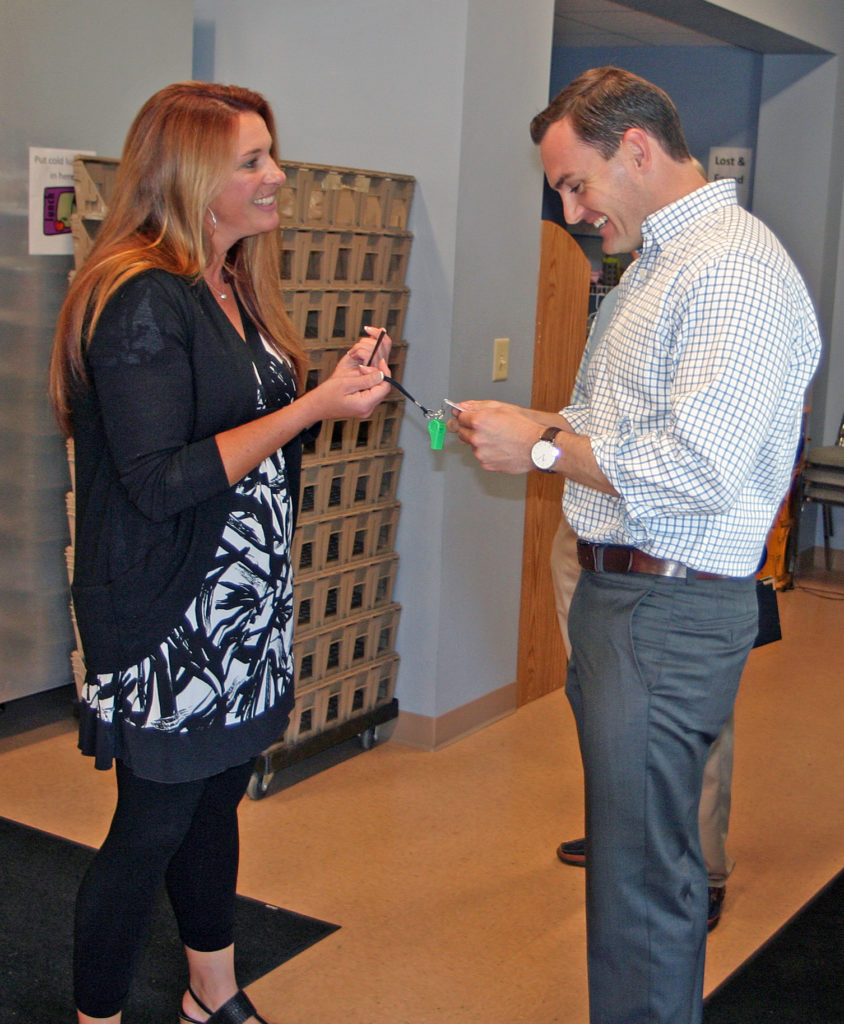 U.S. Rep. Mike Gallagher is about to try out a whistle that Boys & Girls Club Executive Director Julie Davis gave to him upon his arrival for a tour of the facility on Aug. 25. Photo by Jim Lundstrom.

Throughout the tour, Davis introduced Gallagher to various staff members, including Academic Director Natalie Leroy, who explained that she has developed a great working relationship with the schools and teachers, which helps in identifying and working with problem areas students might have.

Davis also brought Gallagher to a storeroom of donated goods that include personal hygiene products, school supplies and clothing they provide to kids in need.

She also mentioned that some of the teens who attend the club have never visited a dentist and don’t brush their teeth, so the club provides them with a toothbrush, toothpaste and a recordkeeping routine so they continue to brush.

Gallagher noted that at a recent visit to a children’s hospital, he learned of the multiple downstream effects of poor dental hygiene for children.

“It’s huge,” he said, “and it’s such a simple thing, your mother telling you to brush your teeth.”

Davis said the club staff and board is committed to impacting and improving children’s lives and supporting their emotional and mental health.

“This is what our community needs,” she said. “We don’t know what the solution is, but we are committed to the journey to help these kids.”

She explained that with the help of a retired special education teacher, they have come up with individual plans for some of the high-need kids at the club.

“We developed it to the point where we are able to contract with our [county] Human Services Dept. to provide some services,” Davis said.

“Sometimes it gets crazy and chaotic because we have these kids who have self-regulation issues, but we have committed to this chaos right now because we don’t want this chaos to spill into your backyard in five years. Somebody has to roll up their sleeves and help these kids learn these skills.”

“I think it’s incredible the work they’re doing here, saving lives and changing lives,” Gallagher said at the end of the tour. “I would say what is evident is the dedication and the passion of everybody that works here and the belief in the mission. They are lucky to have visionary leadership. But I really think the focus on not only solving the immediate problems that families are dealing with in this area, but asking how it turns into the long-term needs of our workforce, that is really the right focus. It’s good to see.”