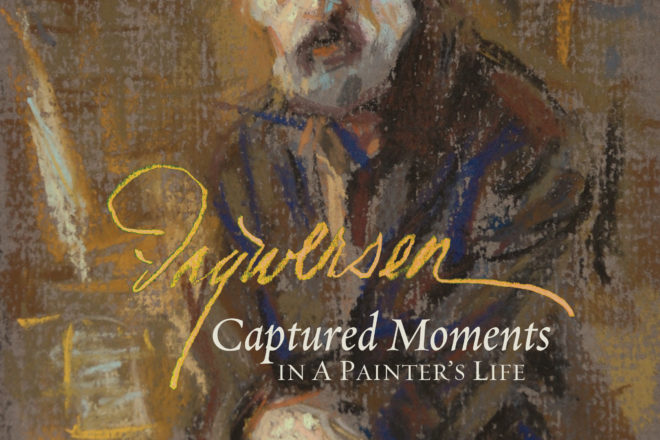 There will be no shortage of art to appreciate this summer with galleries reopening, but for those who yearned for art during the past year, many may have discovered an appreciation for art-book collections. A look through the Miller Art Museum’s offerings reveals many high-quality books brimming with gorgeous art reproductions and biographies of artists, both local and abroad.

In the Moment, The Life and Art of Schomer Lichtner is a great piece to accompany the Lichtner work that was shown at the Miller Art Museum through May.

Published by the Museum of Wisconsin Art, it is lavishly illustrated with Lichtner’s paintings – many of cows, ballerinas and the Wisconsin countryside. Lichtner started his career early, with his first exhibition in 1925 at the age of 20. Amazingly, the same exhibition was at Quad Graphics in Sussex, Wisconsin, when he was 100. He celebrated by dancing with the women there.

During the 1930s, Lichtner’s work tended toward social realism and dark tones. The book traces his artistic development as his style lightened, especially after producing paintings for the Works Progress Administration’s Federal Art Project.

His wife, Ruth Grotenrath, was also an artist. They maintained their own individual styles throughout their lifetime of painting together and supported themselves with their art almost from the beginning. Milwaukee had an active arts scene, and Lichtner also spent a year in New York and extensive time at the Art Institute of Chicago.

Outside of Milwaukee, Lichtner’s favorite gallery was Off the Wheel, the pottery studio run by friends Abe and Ginka Cohn in Fish Creek. In 1981, he painted a wonderful image of a fishing boat heading past the bluffs of Ellison Bay for Jean Friedlander, owner of Ellison Bay’s Collector’s Corner.

The book is an intriguing story of an excellent painter and the art circle that he and his wife enjoyed in Milwaukee.

Craig Blietz, Eight Years of Pastoral Dreaming was published in 2013 when the Miller Art Museum shared a survey of 20 years of his paintings. It is a big, serious, heavyweight art book of 185-plus pages with excellent-quality printing. Besides including Blietz’s impressive paintings, the book offers a thoughtful interview by Deborah Rosenthal, the museum’s curator at the time, and some excellent photographs of his studio and the artist at work.

Blietz spoke of coming from Chicago to look around Door County, visiting with the famed portraitist James Ingwersen and realizing that this could be a place to thrive as a painter. He moved to Sister Bay and did indeed thrive.

Blietz also recalled looking at photos he took of paintings in European museums 18 years before. He was amazed at how many photographs were of paintings of animals.

“I wasn’t painting animals at the time with the same devotion I do today,” Blietz said.

Regarding cows as a subject, he said, “I am drawn to the animal’s geometry, its angular anatomy and the close-cut coat, which reveals this form.”

In the Monochromatic section of the book he adds, “When I look closely at a singular cow or broadly at her herd, the black-and-white markings no longer are indicative of the animal; they become a facilitator of nonobjective painting.”

It’s amazing what a role chance can play if given the opportunity. Working as a painter in Chicago, Ingwersen posed his niece as a ballerina and entered the portrait in a show at the Union League Club of Chicago. A lawyer involved in the 7th Circuit Court of Appeals liked it so much that he recommended that Ingwersen should become the official circuit court portrait artist. Now at least 18 of his portraits hang in the court building in Chicago, and his portrait of Associate Justice John Paul Stevens hangs in the U.S. Supreme Court in Washington, D.C.

On his second trip to Door County with his wife, Phyllis, Ingwersen picked up a copy of Key to the Door and was amazed by the cultural offerings. They called a real estate agent, found a farm with a house and attractive outbuildings, and bought it that day.

The book is filled with accounts of strong friendships, both among artists and with people who valued art. Ingwersen recalled that he hung out with Charles Peterson and Gerhard Miller, and they began calling themselves The Eeksters after a Milwaukee Journal article about three Door County artists who were “eking out a living,” when, in fact, they were all doing very well.

Miller used to tool around the county in a Porsche that needed to be driven at 90-100 mph occasionally “to blow the carbon out,” he said.

The number of accomplished people who went through the Ingwersen compound to sit for portraits, participate in Saturday-morning sketching sessions or just to enjoy his paintings is impressive.

The excellent Selected Artists of Door County is written by Virginia Jones Maher, an art historian, writer, lecturer and, with her husband, Tom, a significant collector. The book covers more than 60 artists working in printmaking, painting, sculpture, ceramics, metal, fiber arts and photography – a great chance to discover artists you may have missed.

In just a page of text for each that runs below each artist’s portrait, the author creates a concise biography and insightful commentary on that individual’s work, and the facing page has images of the art in wonderful, black-and-white photos by Paul Burton.

Also check out Gerhard and Ruth Miller’s own books: Gerhard’s memoir and The Other Side of the Door, a book about some of the county’s memorable people. Both books include many images of Miller’s paintings.

Years ago, I dropped in on the Millers while Ruth was reviewing galleys of the second book and corrected her spelling of “Nietzsche” – my early participation in Door County arts writing.