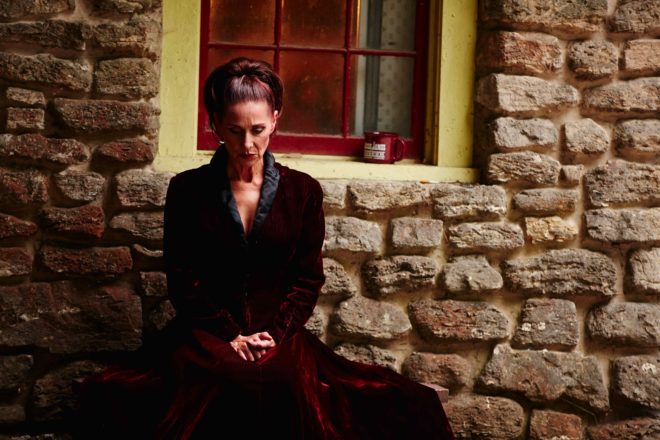 We’re in the eighth and final season of HBO’s Game of Thrones, and emotions are running high for fans. With only two episodes to go, we’re already having to contemplate post-GoT life, and sadly, it lacks Iron Thrones, dragons and medieval gallantry. Still, there are ways to inject a little R.R. Martin fantasy into our lives with sights and experiences found around the county. These Game of Thrones-esque experiences have less evil undertones, but they are fantastical nonetheless.

The annual festival is held in Ephraim each June, when the newly crowned Fyr Bal chieftain lights the first bonfire.

Spanning 50 miles from north to south, the Ahnapee Trail is wide enough for horse-drawn wagons and travelers on foot or wheel.

Eat Your Fill with the Smallfolk at a Local Fish Boil

Hungry fishers save time and toil by sharing a large batch of native boiled whitefish and vegetables.

Don’t forget to take your warm layers to Kurtz Corral after a fresh snowfall.

Gain Clarity in the Godswood under the Heart Tree

The tree commands your attention and guides your judgment at Door Shakespeare.

Head North of the Wall with a Pack of Direwolves

Escape King’s Landing through the Crypts of Rock Island

You can paddle through the large, arched boathouse openings at the Thordarson Boathouse on Rock Island.

The Thordarson Boathouse’s great hall, known as Viking Hall, boasts king’s and queen’s chairs, a fireplace big enough to roast an ox, and a six-foot-wide chandelier adorned with buffalo horns.

Climb the Stairs at Mountain Tower to Gaze upon Westeros

You will climb 186 steps to reach the top of the lookout on Washington Island, where you can watch for dragons and approaching enemy fleets.

Every once in a long summer, you might see some tall ships in the Sturgeon Bay Canal, traveling from the Tall Ships Festival in Green Bay.

Richard Furrer at Door County Forgeworks in Sturgeon Bay is an expert blacksmith who also specializes in Ulfberht style swords, the name given to a group of uncommonly strong ninth century Viking blades. Watch a short video feature on Furrer here: vimeo.com/163832066.