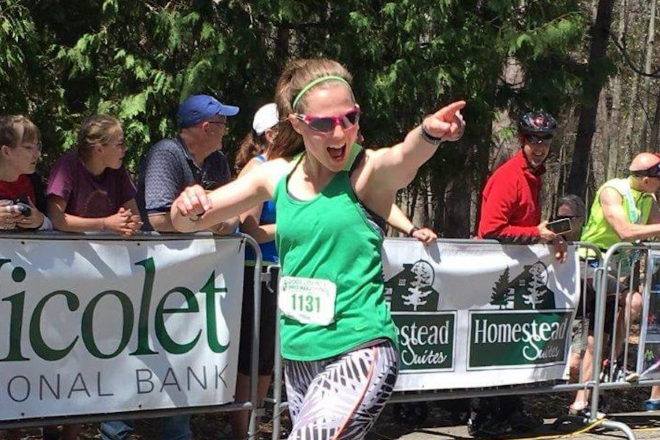 What brings runners back to the big run

After a yearlong hiatus, runners are ready to return to the Door County Half Marathon this weekend. Running means different things to different people, but to dedicate yourself to running a 13-mile race – and to come back and run it time and time again – there must be something special about the event.

That’s certainly true for Larry “Thor” Thorson, who’s run in every Half Marathon since its inception in 2008.

“I’m always running – been running for over 40 years – but I’m not really a racer,” Thorson said. “The only one I race in is the half. It’s fun; it’s a spectacle. I look forward to it every year.”

For Thorson, running is a solitary thing, but it’s done in community. He said few places are more beautiful to share in the activity than Peninsula State Park. And part of that comes from the organization of the race, which puts the beauty of the park on full display.

“It’s wonderfully run and operated,” Thorson said. “Well organized and comfortable. That in itself makes it a pleasure. I’ve told a lot of people about the Half, and a few of them have taken me up on it. No one’s been disappointed.”

“I first heard about it when my daughter decided to run it in 2016 with some friends,” Hendrix said. “As I cheered them on at the finish line, I remember thinking, ‘I want that. I want to experience really pushing myself and completing something that scares me. I need to take on something that is transformative.’”

Hendrix ran her first Half Marathon in 2018 and returned to run it again in 2019. Although she’s considered running a half somewhere else, she’s hesitant to do so.

“Running any distance means being willing to spend time within my head as well as embracing the pain,” Hendrix said. “And when I am struggling the most, this race offers the unparalleled beauty of the trees and the water. Nowhere else has that.”

Not only was the race on hiatus last year, but it had to be rescheduled from spring to fall this year. Scott Kubelka is excited for the change of scenery in the park for his ninth Door County Half.

“It is by far one of the most beautiful settings for a half marathon or 5K,” Kubelka said. “The fact that it is now in the fall with the leaves changing colors and cooler temperatures makes it even more enticing.”

For new runners who are contemplating running their first Door County Half Marathon in 2022, Kubelka has some advice.

“I run a variety of half marathons throughout the year as part of my training for a full marathon,” Kubelka said. “My advice to first-timers is to incorporate hill workouts into your training routine, but mainly to enjoy the scenery and positive interactions with the other runners and spectators. It is not very often that such a lovely landscape serves as a backdrop, so enjoy it.”

The Door County Half Marathon will start at 10 am Saturday, Oct. 30.

The entire half marathon – a U.S. Track and Field–certified course – is run on paved surfaces in Peninsula State Park and starts and finishes near Nicolet Beach. The route takes runners past breathtaking views of the bay of Green Bay, through shaded woods, over challenging hills and through ever-changing scenery in one of Wisconsin’s most beautiful parks.

All half-marathon participants receive a long-sleeved race shirt, a finisher’s medal, and a beer from One Barrel Brewing Company after the race.

Runners will follow the out-and-back course to the Eagle Bluff Lighthouse, where they will turn around for the finishing kick to the same finish line as the half-marathoners.

All participants receive a race T-shirt as well as food, beverages and a beer from One Barrel Brewing Company.