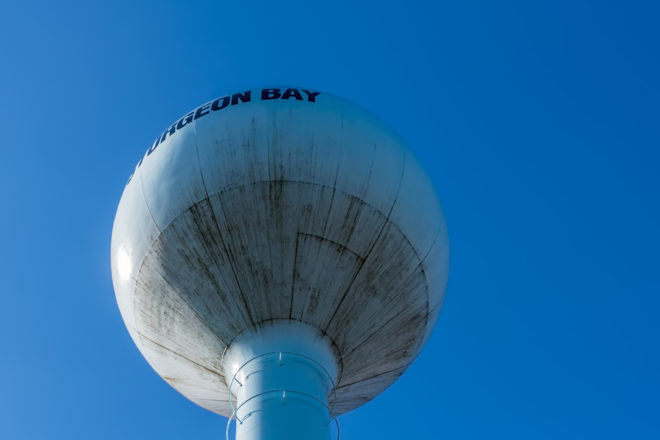 That’s down significantly from the U.S. Environmental Protection Agency’s estimated 10.2 million lead service lines in use when the agency instituted the 1991 Lead and Copper Rule requiring water utilities to monitor drinking water at customer taps. 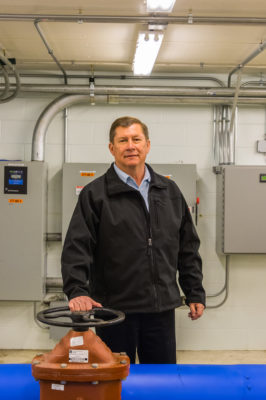 On March 7, AWWA’s board voted unanimously to support recommendations from the National Drinking Water Advisory Council (NDWAC) that strengthen the Lead and Copper Rule and will ultimately result in the complete removal of lead service lines.

Of the 4,600-some water customers served by Sturgeon Bay Utilities (SBU), only about 180 are still serviced by lead pipes.

“As we go through our capital projects, we replace the lead,” said SBU Operations Manager Cliff White. “We will take out 40 more this year in a project. We budget on average to replace about one percent of the system every year in conjunction with the city doing road work.”

With 75 miles of buried water lines, Sturgeon Bay Utilities is the largest of the three water utilities in Door County, which includes Sister Bay and the Maplewood Sanitary District in Forestville. Combined, the three municipal water systems provide water for less than a third of all households in Door County. Both SBU and the Sister Bay water utilities have wellhead protection programs, a preventive plan that helps protect water supplies by managing surrounding lands and preventing contaminants from entering the water supply.

The problem in Flint is that when the city switched from using water supplied from Detroit to using the Flint River as its water source, the river’s highly corrosive water caused lead from the pipes to leach into the water coming out of taps.

Here in Door County we have hard water with high mineral content caused by the limestone/dolomite ground the water percolates through. Hard water tends to form what is known as limescale.

“We have scale-forming water which protects the pipe rather than dissolving it,” White said. “For the most part, we have neutral soil with limestone. Our issues are more with pipes breaking [from the cold]. We test for lead and copper and all tests have been below the threshold established by the EPA.” 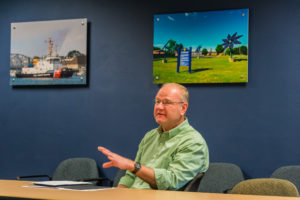 The Sturgeon Bay Water Utility began in 1908 with an intake from the bay, and only served the east side of town. That system remained in service until 1919 when the first well was drilled.

SBU now draws its water from five wells with a combined capacity of delivering 4,700 gallons per minute.

“Time of travel for water to get from the top of the zone to a well is anywhere from a couple of weeks to a little over a year, depending on time of year,” White said. “In more clay soils, that time of travel is years, so it speaks to the vulnerability of water sources in Door County.”

“We add chlorine to prevent potential bacterial growth in the distribution system and fluoride for dental health,” White said. “At three of our wells we have ozone treatment. That is a stronger disinfectant than chlorine. From time to time we have experienced bacteriological presence in the source water that comes to the wells. The ozone kills that bacteria. It’s mostly a seasonal thing in the spring with snow melt, but we use ozone year round.”

SBU intends to switch to an ultraviolet disinfection system.

“We’re constantly looking at new technologies,” said SBU General Manager Jim Stawicki. “The ozone treatment system is aging and it’s not the best technology out there any longer.” 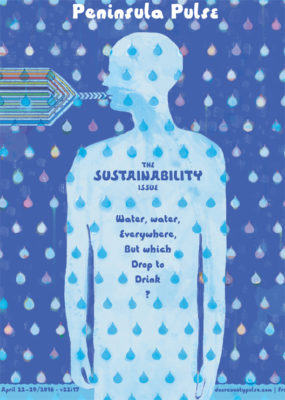 “We have quite a bit of redundant capacity here. There was some good foresight in planning out the system,” White said.

And if need be, the utility could always draw from the bay again. When it sold 332 acres of land on the south side of the Sturgeon Bay Shipping Canal to the Door County Land Trust in 2009, SBU retained 50 acres, with 10 of those acres reserved should the day ever come when something happens to the groundwater and they need to draw water from the bay again.

“That would be an expensive endeavor. Hopefully, we’ll never have to use that, but who can predict 50 or 100 years from now?” Stawicki said.

“We do have an allocation assigned to us to withdraw from Lake Michigan, 6.2 million gallons a day, if we ever needed to use it. We’re in the drainage basin so we are entitled to draw that water,” White said. 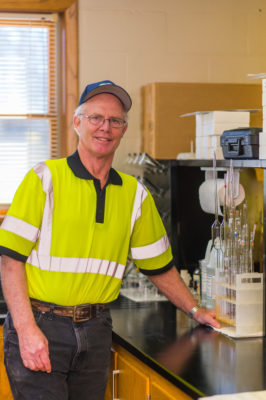 “Since 1973 we’ve never had an issue with anything. The only thing that we do, we are required to add a little bit of chlorine to make sure we have a chlorine residual at the end of our lines,” says recently retired Steve Jacobson, of the Sister Bay water utility.

Steve Jacobson recently retired after a 37-year career as manager of Sister Bay’s water utility and “unofficial keeper of the history of public works” in the village.

When he joined the utility in 1979, 200-some homes and businesses were served with village water. Today there are approximately 800 year-round residents in the Sister Bay-Liberty Grove utility district, and as many as 3,500 in the summer.

The village is served by three wells that put out about 500 gallons of water each. Wells 1 and 2 were drilled when the utility went online in 1973, and the third well was drilled in 2000. The village has two water towers, but recently has been talking about adding a third tower based on growth projections for the village.

“You have to have so much water up in the air to be able to handle water demand, not just for water from the taps but also for firefighting,” Jacobson said.

“We had a few questions on that, but not many. I don’t know if it’s because we have an educated clientele here,” Jacobson said. “Lead is a big thing in the news, but we’re a fairly new system so we don’t have any lead services. It’s all copper. Every water utility in Wisconsin has a lead and copper test within the residences to make sure there isn’t an issue. We’ve never had an issue, primarily because we don’t have any lead services, but there was a time when there was lead solder. So you have to test houses where they might have used that lead solder.”

Jacobson said the utility is also in a position where only minimal treatment is required.

“We’re fortunate being on the north end here,” he said. “We don’t have a lot of industry. We don’t have a lot of agriculture, fertilizer spreading and all that. We’re pretty fortunate. Since 1973 we’ve never had an issue with anything. The only thing that we do, we are required to add a little bit of chlorine to make sure we have a chlorine residual at the end of our lines.”