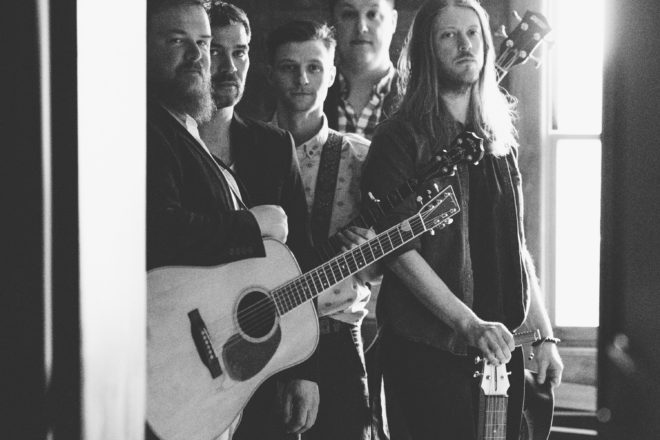 The Maine-based trio that forms The Ghost of Paul Revere will bring a distinct distillation of folk, bluegrass, rock and alternative music when they present a free outdoor concert July 11, 7 pm, at the Peg Egan Performing Arts Center. The venue, 7840 Church St., overlooks Egg Harbor.

Since forming in 2011, the band has created a following that has propelled it to acclaim from the likes of Billboard, the Boston Globe, AXS, No Depression, Relix and The Boot, which described the band’s music as “not quite bluegrass, not quite country, not quite rock ’n’ roll, but kind of all three combined.” The Ghost of Paul Revere has performed alongside The Avett Brothers, Jason Isbell, The Revivalists and Bela Fleck. The group also took home the Best in Maine honor at the New England Music Awards in 2015 and 2019, and in 2019, its song “Ballad of the 20th Maine” became the State Ballad of Maine.