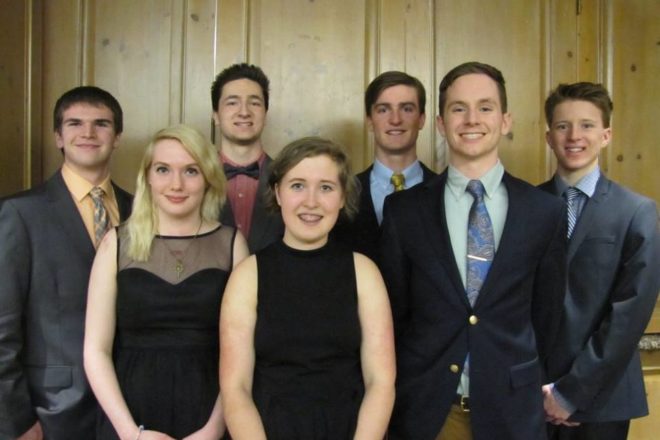 More than 1,300 marketing education students were involved in 46 different competitive events at the State DECA Career Development Conference in Lake Geneva last week. Gibraltar had seven students competing in nine different events. All seven students earned state awards, which is believed to be the only school in Wisconsin to achieve 100 percent of students earning awards.

Topher Andersen and Nathan Surges presented an e-tailing business proposal for their Entrepreneurship Innovation Plan, earning second in the State of Wisconsin.

Advisor Mary Witteborg applauds her students for their commitment and knows these young people will continue caring and giving back to the community.