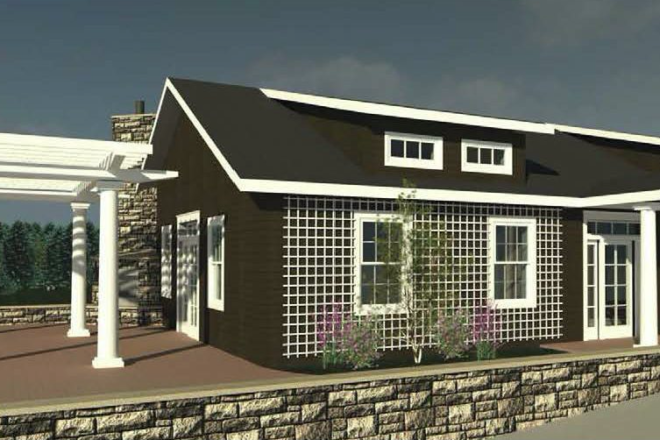 A rendering of the proposed bathhouse at the Fish Creek Beach.

Electors in the Town of Gibraltar will vote Monday night on the construction of a new bathhouse at the Fish Creek beach. The bathhouse would cost $850,000 and is part of $2.1 million in beach improvements. The new building would provide permanent bathrooms to replace the portable toilets at the beach now, which the town has been unable to construct for decades due to required setbacks from the bay and highway.

The town is simultaneously financing projects associated with the Highway 42 resurfacing, boat trailer parking lot and resurfacing of Spring Road. When lumped with the town’s existing $4.7 million debt load, approval of the bathhouse would bring Gibraltar’s total debt service to $9,318,000, which is still well below the approximately $36 million in debt the town is allowed to levy under state law. The town currently has $900,000 in its capital improvement fund to put toward the cost. 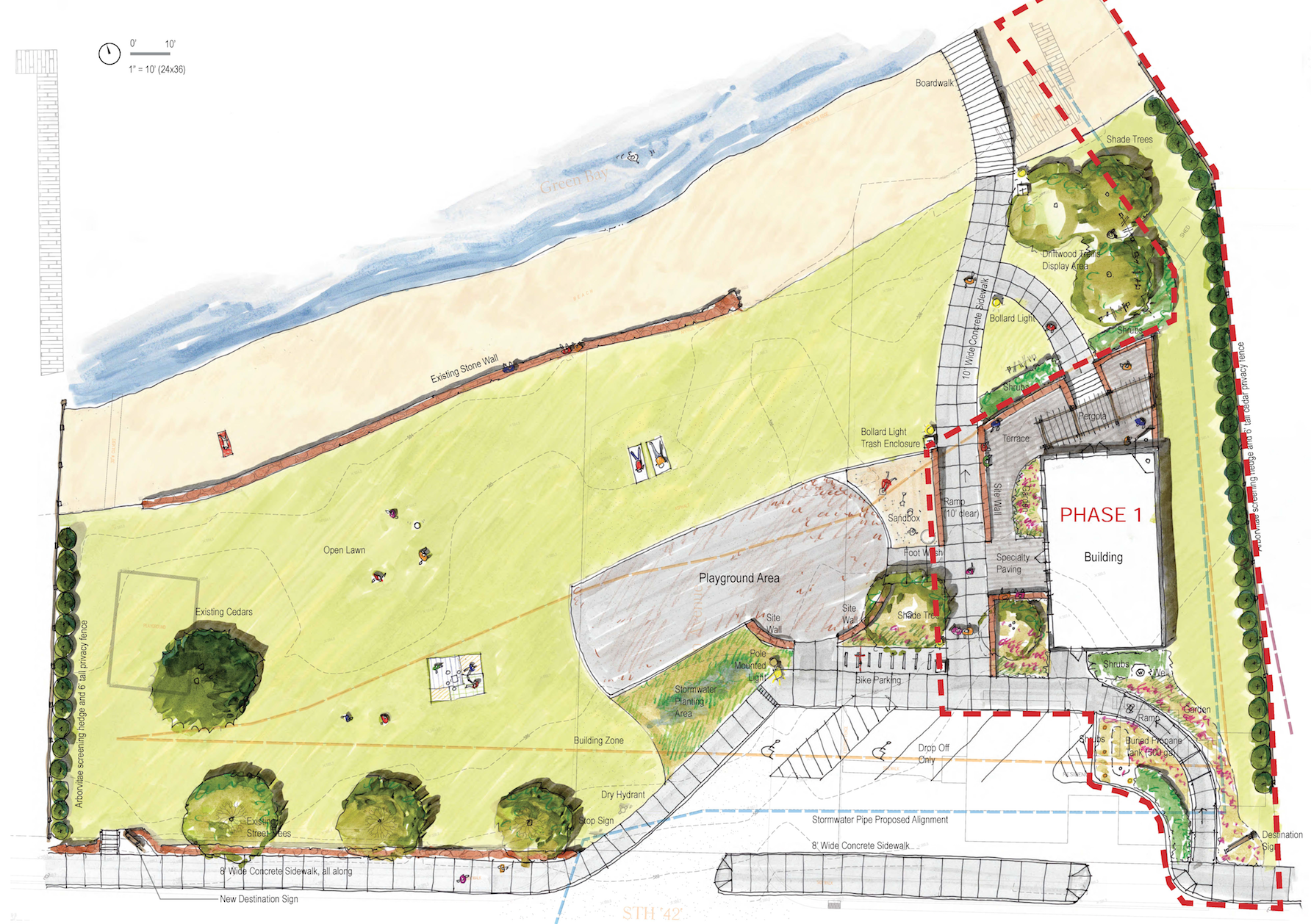 A rendering of the proposed site layout for Fish Creek Beach includes a new, smaller parking configuration, playground, and bathhouse.

Interest rates across financial markets tend to follow the Federal Reserve’s benchmark rate, which has increased six-fold over the past two years and is expected to continue increasing through 2018.

Beyond the bathhouse building, the project includes reconfiguration of parking at the beach, a new playground area, a pergola with outdoor seating, bike parking, a boardwalk to the water and landscaping.

Town electors will meet at the Gibraltar High School gym on Monday, July 9 at 7 pm to vote on funding the bathhouse portion of the project. A town elector is a United States citizen at least 18 years old who has been a resident of the town for at least 28 consecutive days prior to the meeting.

Editor’s note: An earlier headline for this article implied that the bathhouse would cost $2.1 million. It has been changed to reflect the fact that the bathhouse portion of the project cost $850,000 as part of an overall $2,158,000 project.