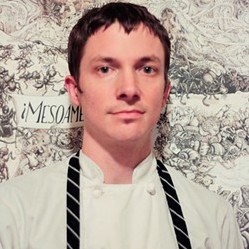 Schuder, the owner and chef, has immersed himself in the culinary-arts world, focusing on vegan and vegetarian offerings. He spent a decade in San Francisco and the Bay Area honing his skills – including learning molecular-gastronomy techniques and Japanese-style cooking – and working in several notable vegan restaurants, eventually earning the Vegan Iron Chef title in 2015.