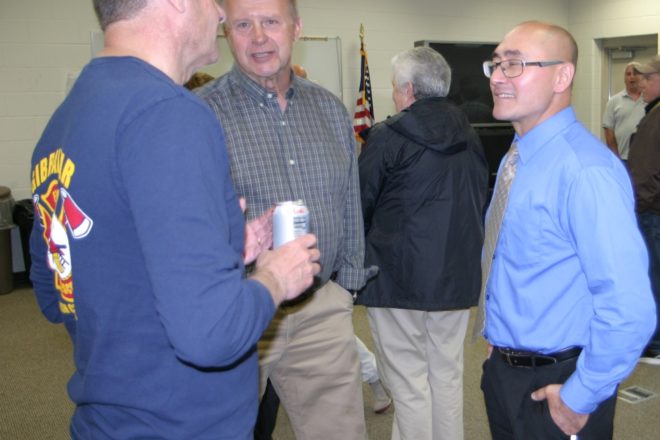 After several years of discussion on how to improve emergency services in the Town of Gibraltar, the town has hired Andy Bertges as the first full-time fire chief in northern Door County.

“We just feel with the number of things we expect from our fire department and emergency responders this is the right way to go,” said Gibraltar town chair Dick Skare.

Bertges is a 1995 graduate of the University of Minnesota with a degree in agricultural engineering. In 2001 he started a construction company in Angel Fire, New Mexico, a community not far from Taos that Bertges described as having a very similar seasonal, tourist-based economy as Door County, which the town recognized as an asset.

In 2002, Bertges joined the Angel Fire Fire Department as a volunteer firefighter, and quickly found that he preferred firefighting to construction. In 2007 he became a full-time firefighter for the Angel Fire department at the rank of captain, and in late June 2012, upon the resignation of the fire chief, Bertges stepped in as interim chief. Two weeks later he was named the permanent chief and set goals of decreasing department response time and improving the Insurance Service Office (ISO) rating (a lower ISO rating can lower homeowner insurance rates).

Skare said Bertges’ experience as a chief and in a very similar sort of a seasonally oriented community is what set him apart from other applicants for the position.

Skare added that the town was impressed that Bertges worked his way up from volunteer firefighter to chief.

“He has the right kind of experience and attitude to come into an area like ours,” he said.

Skare said although Bertges has not yet started, he was here last week to work with the Gibraltar volunteers in a training session and is “eager to work through the Fourth of July. That’s the kind of attitude he has. He’s willing to give.”

Jerrad Anderson had served as interim chief of the department since the 2016 resignation of Caleb Whitney.

We’ll have a larger story on Chief Bertges in the near future.