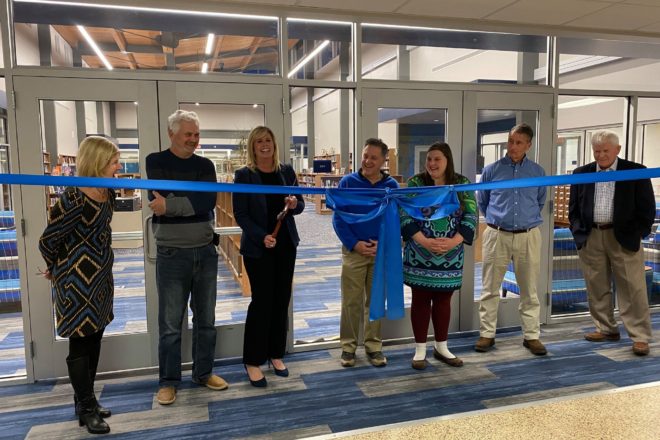 Longtime Gibraltar School Board member Mark Weborg stepped down as president at the beginning of a virtual board meeting on April 27, citing the stress of the position. Weborg, who has served on the board for 21 years, will remain on the board as a member until his term ends in April 2021.

“I have one more year in my term to serve Gibraltar schools, and I felt it would be good to have this time to help transition someone else into the new leadership position,” Weborg said.

Weborg nominated newly re-elected board member and former Gibraltar Superintendent Stephen Seyfer to fill the role as president. Other officers who were elected included Mike Peot as vice president, Don Helm as treasurer, Angela Sherman as clerk and Evelyn Eckhardt as secretary.

The meeting’s packed agenda caused it to run for about five hours. Among the items discussed were waiving certain graduation and attendance requirements and considering a newly proposed elementary math curriculum, plans for summer school and the graduation ceremony for the Class of 2020.

The board waived attendance requirements and certain graduation requirements such as community-service hours for the 2019-20 school year because of the COVID-19 health crisis.

Superintendent Tina Van Meer, Elementary Principal Brian Annen and Secondary Principal Gereon Methner gave presentations regarding the potential implementation of a “pass/incomplete” grading system for K-12 students, which would mean that letter grades would not be used on report cards.

“My teachers are doing a phenomenal job with what they are able to accomplish,” Van Meer said. “However, I think there comes a point where we can’t know the real impact that remote learning is having yet on a student, and holding them to the same grading standards at this point, to me, doesn’t feel appropriate.”

“There are a number of students who are not accessing their learning as they would if they were at school,” Methner said. “There are a number of situations that we are hearing about that create the potential for some sticky situations if we don’t find the solution that will … avoid negative outcomes of our policy with remote learning, and I think the best approach would be the pass/incomplete option.”

After debating whether the current grading policy should be waived for the 2019-20 school year, the administration’s proposal did not receive necessary board approval and was tabled for future discussion.

“Either way, we face a challenge,” Seyfer said. “If we record grades and there is inequity of how children achieve those grades; or if we don’t record grades, the later subsequent potential inequity with assigning scholarships and awards.”

The board also approved a proposal to cancel summer school for elementary students as a result of the health crisis, faculty and student fatigue, and potential insufficient staffing.

The board put off making a decision about whether to plan a virtual graduation ceremony or a physical ceremony at the Skyway Drive-In in Fish Creek, but it tasked administrators with working on providing virtual content for such a ceremony either way.