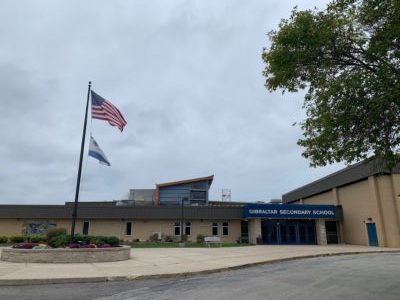 A teacher’s resignation at midterm has caused the Gibraltar School Board to schedule an investigation of its own practices and the district’s overall responsiveness to educators’ needs.

Board President Stephen Seyfer also mentioned previous resignations as a reason to have a special meeting, in closed session Thursday evening, to discuss and investigate personnel matters.

The most recent resignation, effective Jan. 23 from Craig Carriere – whom Seyfer called an “esteemed physics and chemistry instructor” – prompted an agenda change Monday and lengthy discussions in both closed and open sessions.

Seyfer said the investigative meeting this week will start a “deep dig” into concerns that had been expressed by teachers who have resigned in recent months and even during the past year.

Sixty-three people viewed the district’s Monday board meeting on Zoom. Prior to fielding questions from about nine of them, Seyfer said the abrupt resignation at midyear violates a contract, and the board will require remuneration to the district to help cover the costs of finding Carriere’s replacement. But Seyfer brought up more issues than the difficulty of finding a physics and chemistry teacher in January to “maintain continuity of instruction.”

“The board is also concerned with conditions in our district that would cause any employee to resign in the middle of the year,” Seyfer said.

Residents who spoke up at Monday night’s meeting brought up several issues and concerns, but on Tuesday, Seyfer said he did not know for certain whether those issues were connected to Carriere’s resignation. Neither Superintendent Tina Van Meer, nor district teachers’ union representatives, nor Carriere responded to requests Tuesday for comment and clarification.

On Tuesday, Seyfer said he was the school superintendent when Carriere was hired approximately a decade ago, and the resignation on Friday came as a surprise to him.

“Mr. Carriere is an excellent teacher, and his students and his colleagues will miss him greatly,” he said.

Karen Krause, a parent, told the board Monday evening that she and her sons were surprised and troubled by the resignation.

“I really hope that you look into it deeply,” Krause told the board.

Resident Britta Nelson asked the board to find out why the high school teacher “did not feel like he had support,” and other residents mentioned teachers being nervous about enforcing rules against cheating. Seyfer responded that the school policy on cheating appears in the student handbook.

On Tuesday, Seyfer said he does not know whether any of those comments or issues were crucial concerns of Carriere, and the board is meeting this week to learn more.

Resident Adrian Murre asked Monday evening whether the administration does exit interviews with employees who resign and whether school board members have participated in exit interviews.

Seyfer and former school board president Mark Weborg said board members have sat in on recent exit interviews, but Seyfer confirmed that some resignations happened without board participation in interviews “prior to current practice.” Seyfer said the board will take a look at current situations this week, as well as past concerns expressed by employees and faculty.

Resignations from a half dozen teachers at the end of the 2018-19 school year – a couple more than normal for a district of Gibraltar’s size – also raised concerns and district-wide comments.