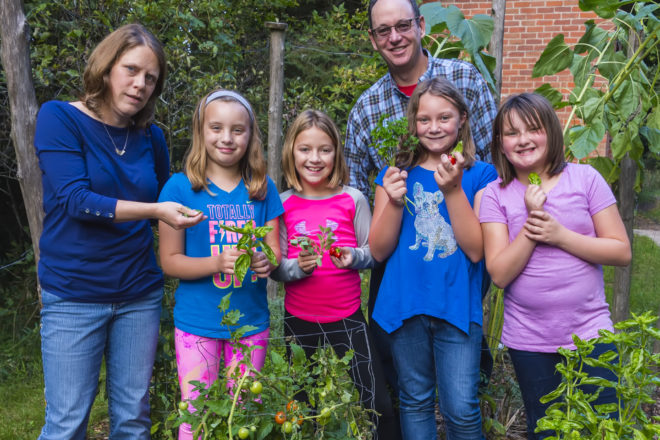 Bet you didn’t know there was pizza growing at the Ridges Sanctuary this summer – six big slices, to be exact.

One of the ideas that came out of the Design Team Project in Baileys Harbor last November was building relationships through a community garden.

Lori and Michael Kemmler volunteered to work on the idea. Searching online for a theme, they decided on a pizza garden. The Ridges Sanctuary Nature Center offered a space near the Lower Range Light on Ridges Road, fenced it and prepared the soil in a large pizza-like circle for planting.

Katie Krause, a naturalist on the Ridges’ staff, arranged for a Girl Scout Troop composed of 15 Gibraltar fourth graders, to become involved. In April, troop co-leader Jess Grasse brought the girls to the Ridges, where they planted six “slices” of the pizza with seeds to grow basil, oregano, parsley, onions, tomatoes and peppers. Since the troop doesn’t meet from June to October, Ridges’ staff and volunteers tended the garden over the summer. 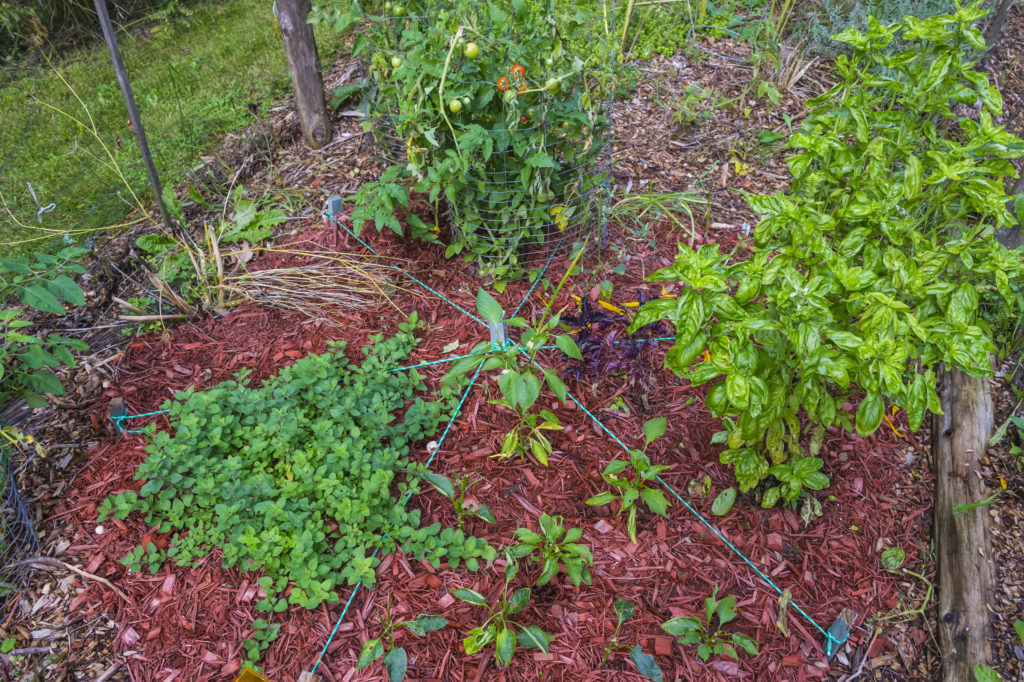 On Oct. 3, co-leader Fawn Fitzgerald brought several of the Scouts back to the Ridges to harvest their crop, and each of them took home some of the ingredients to make their own pizzas. The Kemmlers, who initiated the project, were on hand to see the finished product. “It was a great way,” Lori said, “for the girls to see where food comes from.”

The troop has been together since kindergarten, and it is not their first fun and educational experience at the Ridges. When the girls were second graders, naturalist Shannon Pump took them on a hike on the Ridges’ Family Discovery Trail and helped them release Monarch butterflies.

Last January, Katie invited the troop into one of the old cabins, where an inviting fire was burning. She’d asked the girls to bring old wrapping paper and Christmas cards – things that would usually be tossed after Christmas – and showed them how to combine them with water in a blender to create beautiful new paper.

Jess can’t say enough about the Ridges’ involvement with the youngsters in her troop. “We have a wonderful partnership with them. The volunteers and staff are so welcoming, so knowledgeable and so talented at working with children. They know just how to keep kids interested, and they never charge for the special activities they provide for us.”

The Kemmlers are eager to know if there are adults in Baileys Harbor who would be interested in expanding the community garden idea to a space where each individual or family would have their own small garden to tend – a wonderful opportunity for children, parents and/or grandparents/neighbors to work together on a project that would benefit all of them.

If you might be interested in being part of a community garden project – maybe even growing your own “pizza” – email [email protected].