A new report updates six unique audiences that respond to the issue of global warming in distinct ways.

The report from the Yale Project on Climate Change and George Mason University’s Center for Climate Change Communication is based on a large, nationally representative survey of American adults conducted in 2008, and regularly updated since then.

The thought behind this project is that to successfully address the challenges of climate change, a diversity of methods and messages need to be used to target the different audiences.

The first group is identified as The Alarmed, representing 18 percent of Americans. This group is “fully convinced of the reality and seriousness of climate change and are already taking individual, consumer and political action to address it.”

Next is the largest group, The Concerned, at 33 percent. While convinced that global warming is happening and presents a serious problem, they are not personally engaged in the issue.

The Cautious represent 19 percent of Americans who are somewhat convinced that global warming is happening but do not consider it important enough to worry about. Almost half of the group believe human activities are the primary cause of global warming.

The Disengaged represent 12 percent of the population. They do not consider the issue personally important, and only a third of them think human activity might be to blame for global warming. The people in this category said they could easily change their minds about global warming.

Another 11 percent represent The Doubtful category. Most of them believe there is widespread scientific disagreement about global warming. 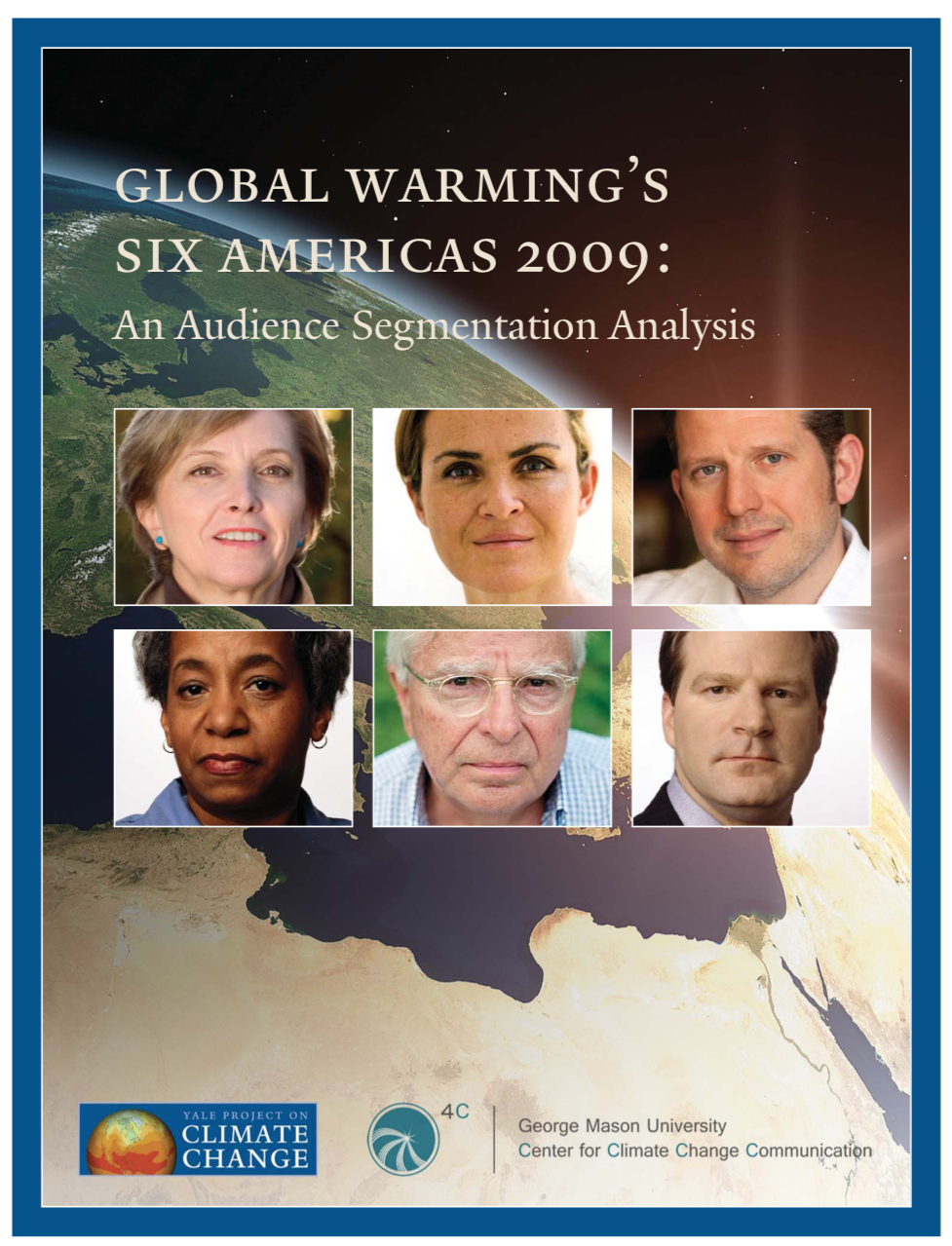 The Dismissive category represents seven percent of the population that is sure global warming is a hoax. The majority of this category is comprised of older, well educated, higher income white males who tend to be very conservative Republicans and evangelical Christians. They say they are certain in their views and unlikely to change. While they say they have not thought much about the issue of climate change, they still consider themselves knowledgeable and well informed. If global warming exists at any level, they believe it is a natural cycle. One-fifth of this category believes there is scientific consensus to back up their belief that global warming does not exist. Like the first category, The Alarmed, The Dismissive are most likely to be engaged in the issue, though in debunking global warming rather than combating it.

Interestingly, all six groups support more research funding for renewable energy and for providing tax rebates to those who purchase solar panels or fuel-efficient vehicles.

You can find the complete report here:  http://environment.yale.edu/climate-communication-OFF/files/climatechange-6americas.pdf