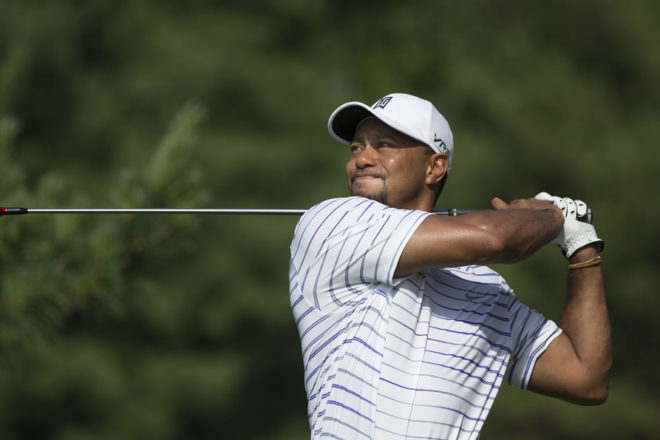 The riveting amateur career, his multiple peaks of absolute dominance and global stardom and injection of vigor into an old, fussy, white man’s game. All of it happened over an über-fun span of more than 20 years.

And sure, he still can produce the fun, just never like before, which is okay. It’s time we come to grips with that, because the sooner we do, the sooner the magic can begin happening again.

You see, Tiger Woods could never exist in the same fashion of greatness forever. Neither could Michael Jordan, nor can Aaron Rodgers (as Packers fans are starting to learn the hard way). Greatness grows and greatness fades.

Most recently, Woods prepared his long-awaited return to professional golf but was forced to back out due to a vulnerability in his game. It could be his confidence. It could be a health scare. Either way, Woods’ comeback pumped the brakes hard. It could be he saw a red light in the near future.

Golf fans all over the world threw their proverbial hands in the air, most of them in the form of tweets and Facebook comments. Why, Tiger? Why aren’t you good like you used to be good? Why can’t you be great and the inspiration that drove non-golfers to golf courses like never before?

This reaction showed a collective disregard for how the world often works in peaks and valleys…and how sports often work in the form of bell curves that often define an athlete’s respective “prime.” Our sports heroes and their outlandish levels of greatness can do this to us. To continue that disregard for a fading Tiger would do him and all those fun times a disservice, though.

Let’s fall in love with Tiger the goofball who keeps players loose, grinning ear to ear from the rough, pumping his fist as an inspiring captain at the Ryder Cup. Or maybe Tiger the course designer, throwing everything his beautiful golf mind holds into the strategies of golf course creation.

Don’t stop there. Let’s fall in love with Tiger the investor, who is throwing his millions into restaurants, struggling golf companies and the scholarship-worthy hands of underprivileged students.

All of these things build upon the “fun” mystique of Tiger the golfer, who we as a golf populace so deeply adored for years. Those things are coming. Woods seems ready for what the next stages hold for him in the world of golf. It might seem foreign now, but Tiger the entrepreneur-grinder-statesman-of-the-game might just be the most fun of all.