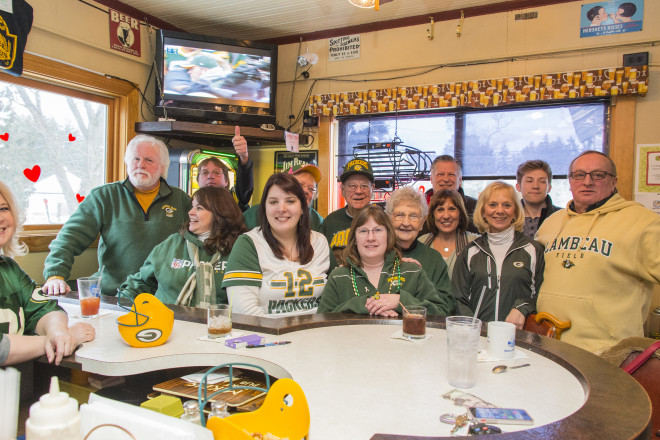 October is here and with it, our comfortable dedication of entire Sunday afternoons and evenings to the National Football League.

Our beloved Packers are doing well and, therefore, so are our beloved Packer parties. But why not kick things up a notch at your next football gathering by bringing the Lambeau Field experience to your own living room? All it takes is a selection of special songs and some good timing.

And yes, we know we brought this playlist to you last winter, just a few days before the Packers vs. Seahawks game that still hurts to think about. But this season will be different, right?

The following is a selection of Lambeau Field stadium music – the songs that introduce our players, celebrate their touchdowns and extra points, amp them up at the start of a drive on offense, keep them focused during their timeouts, and drive us to celebrate during what we hope is an excellent fourth quarter.

“Get Ready for This” by 2 Unlimited

Push “play”: When the Green Bay Packers are introduced prior to a game.

Push “play”: Immediately following the player introductions and after each extra point scored by the team

Push “play”: After the National Anthem and at kickoff for the second half of the game

“Start Me Up” by The Rolling Stones

“Bang the Drum All Day” by Todd Rundgren

Push “play”: When the Packers score a touchdown

Push “play”: When the team is playing defense or during the start of an offensive drive

“Jump Around” by House of Pain

Push “play”: During a timeout

“Beer Barrel Polka”/“Roll Out the Barrel” composed by Jaromír Vejvoda

Push “play”: At the start of the fourth quarter and, if you feel the team needs your energy from afar, anytime during the quarter will do

“I Gotta Feeling” by the Black Eyed Peas

Push “play”: When the Packers seal the deal and win the game!