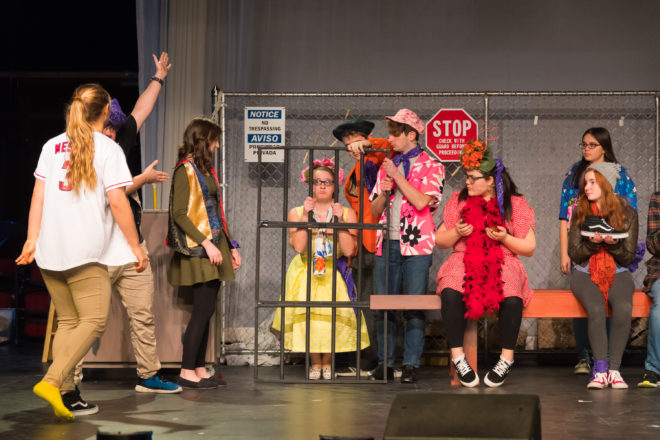 This weekend, theater students and directors of Sturgeon Bay High School invite the community to the popular musical telling of the life of Jesus with Stephen Schwartz’s Godspell.

Woven together with a series of parables and modern music with lyrics from traditional hymns, Godspell shares the teachings of Jesus through a variety of games, storytelling techniques and comic timing, as explained by Sturgeon Bay’s stage director Bill Bauernfeind.

“It’s the story of Jesus’ last days,” Bauernfeind explained. “He forms a group of people into disciples and goes through a whole number of parables and throughout the play what he’s doing is drawing these people together into a group, into a community, and that’s pretty much the basis of it.”

The show originated in 1970 as a master’s thesis project by Carnegie Mellon University student John-Michael Tebelak before growing attention led to creation of an Off-Broadway production with a song score by Stephen Schwartz a year later. Within its first few years, it was introduced to audiences in New York City, Australia, England, Canada and Africa before opening on Broadway in 1976. It had two Off-Broadway revivals, once each in 1988 and 2000, before its first Broadway revival (with updated arrangements by Schwartz) in 2011. It was Schwartz’s first successful major project, leading him to win two Grammys, among other awards.

The story’s messages of kindness, tolerance and love have touched audiences across the globe, and are the reason the directing crew at Sturgeon Bay High School decided to bring the show back to the stage. It was last performed here in 2003. 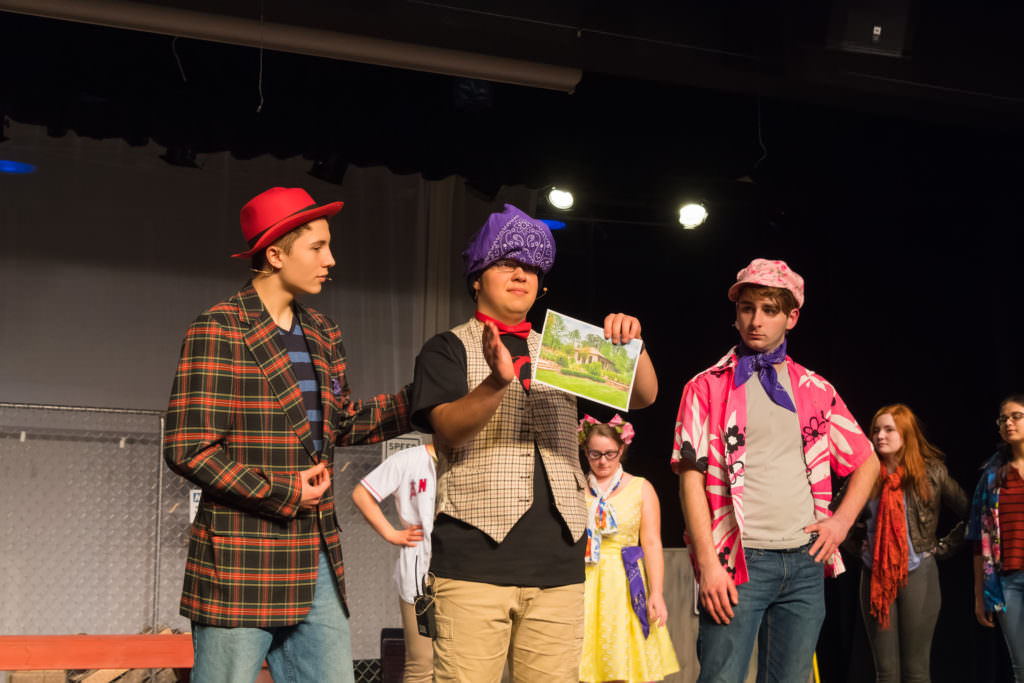 “I think the thing that resonated with us was the idea of getting people together for a common interest,” he added. “When the play starts out, I had to tell the students this, we are not looking at Jesus as the historical Jesus, the one that we all know about, the son of God and all the rest of it. He’s pretty much an unknown person to them but he’s charismatic and that’s the power that he uses to draw them together. He also tells parables and does mention that he is the son of God and all of that but it’s more the human Jesus that we’re seeing throughout the play.”

The audience will enjoy a contemporary telling of stories of John the Baptist, the good Samaritan, Lazarus and the rich man, and others interspersed with 17 musical numbers, including audience favorites “Turn Back, O Man,” “Day By Day,” “Oh Bless the Lord My Soul,” and a new number added in 2011, “Beautiful City.”

“I guess a good way to put it would be some nostalgic ‘70s-style music,” music director Justin Ranek said. “The show was originally written in the ‘70s and there’s a lot of stuff that will harken back to that time period and things that has been a lot of fun for the kids to learn and a lot of fun for our musicians to put together as well. There’s some really cool upbeat stuff but there’s some beautiful ballads and things as well, and even some funky time signatures that we get to do too so it’s been a lot of fun.”

“The cast is really working well together and I think people are really going to see that the cast is a pretty tightknit group up on stage and they’re having a lot of fun, and I think that will translate to the audience as well. It’s a good family show,” Ranek said. “This has a really good positive message for everyone.”