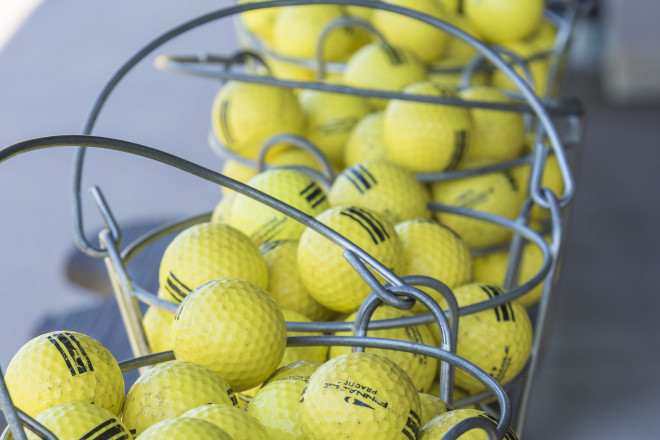 In the realm of statistics, golf was the grandpa, too. One would think that a centuries-old game could be defined in an easier way, but for a long time, golf was just pars, birdies and bogeys. (In some ways, it still is.)

Until recently, golf was never a sport digested analytically, with fractions, physics and advanced calculation determining where trophies were awarded. In that sense, golf, the grandpa, lagged behind most other sports the same way my grandpa took to Facebook six years after me. Now, thankfully, things are different.

Golf in 2016 is a game of new numbers; numbers like launch angle, club speed, ball speed, spin rate and smash factor. Hang time, carry distance and shot height. These numbers define the physics by which a ball flies upon contact with the club and they were always there, just waiting to be measured. The extraordinary likes of Jack Nicklaus, Arnold Palmer and Tiger Woods made these measurements seem like unnecessary, gratuitous work of golf’s nerdy folk.

Today’s golf world is better off because of those nerds. Slices are fixed with a machine (swing analysis hardware) and a numbers-savvy operator (club professional). Those stats – club speed, launch angle and spin rate – are the building blocks to a 300-yard drive or a 210-yard 4-iron. They are the special little molecules that create a fully functioning golf organism, especially those lanky 5’10”, 160-pound youngsters on the PGA Tour.

While that idea rings true on the micro, professional level, the same notion works worldwide on a macro scale. Anyone with the golf itch, scratching it for the first time or the fortieth time, could stand to recognize and appreciate golf numbers.

Something as simple as swing speed provides a path down which an 18-handicap selects drivers, woods, irons and golf balls. Correctly choosing among these goods can rightfully guarantee more fairways, less time spent in the weeds and less sand in your golf shoes. Fully understanding those figures makes it easier to handle other figures in the golf world, particularly the negative variety: price and pace-of-play.

Golf without numbers is like choosing a fixed-gear instead of the newest mountain bike. The game doesn’t change, but the ease of the process increases slightly. Isn’t an easier game what we want anyway?

Sean Zak is a Door County native and an assistant editor at GOLF Magazine and Golf.com in New York City.