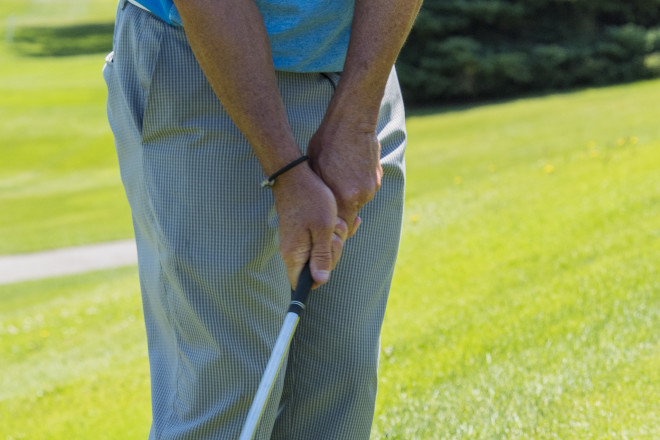 Anyone who has ever spent much time playing the game of golf has realized that golf is several games within a game. Those who have not played the game much can learn much faster and have more fun if they take the most important part of the game and spend a bit of time learning and practicing some simple techniques that will teach them feel for the game. This part of the game is called the short game. 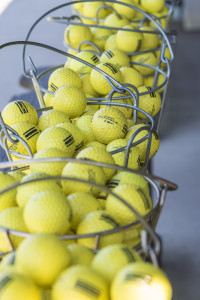 The short game is typically defined as any shot within 100 yards of the hole. More specifically it includes several different types of shots, including putting, chipping and pitching. If you are lucky enough to have a golf lesson with a PGA Professional, you should spend more than half of the time working on these shots. The best place to enhance these skills is at a short course or a practice facility. Studies have shown that putting itself comprises at least 40 to 55 percent of all shots on a player’s scorecard. If you add in the rest of the shots from within 100 yards, the statistics are up near 70 to 80 percent. Spending the equivalent amount of your practice time would be a wise move.

Although seeing your local PGA Professional is the best option to improve, here are a few simple and easy fundamentals that will guide you to more success:

Great putters over time have used many different styles of putters, techniques, grips and stances. Although there are no right or wrongs in putting, there are some consistencies that most players have in their putting games. The most common is to make sure your eyes are directly over the ball. Take your stance and drop a coin from the bridge of your nose between your eyes; the coin should land on the ball. Make whatever adjustment from this exercise that you need to ensure that your eyes are over the ball.

Next, try placing the ball position one ball forward of middle in your stance. Lastly, before every putt, try making a practice swing or two – looking at the hole, visualizing the putt, and feeling the length of the stroke. By setting up for success and teaching yourself some feel in the practice stroke, you will improve. 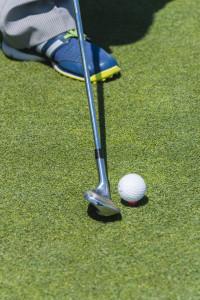 Taking some time to learn the chipping technique and practicing your touch with this shot will save you several strokes off your score almost instantly. Even the very best players in the world typically average just over 13 greens in regulation per round of golf, meaning they are chipping at least four to five times per round as a minimum.

Chipping is a low shot that has minimum carry distance and maximum roll distance. Use a club with less loft for this shot, such as a 9 iron or less. Play this shot with your feet fairly close together and the ball position back in your stance (near the right foot for a right handed player). Keep your arms long and your wrists fairly firm during the entire chipping stroke. Then, as you would in putting, make a few practice swings, looking at the spot you want the ball to land before you make your chipping stroke.

This is a shot you should only use when you have to. Your first option around the greens should be to putt. If you can’t putt due to an obstacle in the way then you should chip. If you can’t chip because you need to have the ball stop faster then you pitch.

A pitch shot is one with maximum carry and minimum roll. In other words, it is a high, soft shot. Use your most lofted club for this shot such as a sand wedge. Play this shot with your feet about hip width apart and play the ball in the middle of your stance or even slightly forward if you need to hit it higher. Again, make sure your arms are long during the entire stroke and soften the wrists, allowing them to release as the arms pass though the impact zone. The best pitchers of the ball have always been known to have soft hands. 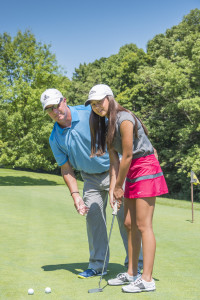 The next time you’re at the practice facility, try these techniques. As you will notice, the majority of success in hitting a golf ball lies in how you set up to it. Find yourself a PGA Professional and get your fundamentals looked at and make sure you spend time discussing the short game. Once you have learned the techniques, look for a short course or 9-hole facility where you can really focus on this part of the game.

The game within the game is a lifetime project and with it will come a lifetime of fun.